Writing In a Top Secret Environment

I wrote the first half of WRAITH while still working in an office within the Stealth Bomber community known as “Q” (no kidding). Our clearances were so high that I can’t even tell you what they were called; in fact, I couldn’t even tell most B-2 pilots what they were called. When discussing this unique platform with other writers, I often get looks of envy. “How easy it must be,” they say, “to write about covert ops when you’re actually working in the covert world.” If only that were true.

The truth is that I look with envy upon other writers who don’t have government agents looking over their shoulder to second guess whatever they write. A normal author can make up whatever he wants about covert ops or military technology. I don’t have that luxury. Everything that I write in those arenas must be submitted to an office called Program Security for review. The governing regulations are actually pretty general, but out of tradition, this office is looking for three things: Intentional Disclosures, Unintentional Disclosures, and Inadvertent Disclosures. I love my country and the military I served in, and I would never intentionally disclose classified information, so we can skip the first one. The other two are a big concern, though, so let’s look at them one by one.

Program Security gets to determine if something I say goes too far, if it reveals too much about the areas I worked in. We’ll call this an Unintentional Disclosure, or UD, for short. If I’m careful, a face value UD is unlikely, but even if an individual statement is completely unclassified, it still can lead to a UD. Under a concept called OpSec, Program Security looks for multiple statements that are unclassified that may be pieced together to help foreign intelligence operatives reach classified conclusions. If they feel that statements I’ve written will compromise OpSec, they can forbid me to publish those statements, and I have to obey – that’s part of the security agreement I signed when they gave me the clearances in the first place.

Another area of concern is Inadvertent Disclosures; we’ll call this ID for short. My knowledge of the classified programs I participated and the technology that I was privy to may lead me to draw a fictional conclusion or create fictional hardware. As far as I know, an operation or piece of hardware that I create may not exist, but if it does, my creation may get struck from the record. This could have a devastating effect on my plot.

I used to be an OpSec manager, so I’m pretty good at scanning my own work for OpSec issues and preventing UDs. My biggest concern with WRAITH was actually an ID. A big plot driver in WRAITH is a fictional stealth reconnaissance aircraft called Dreamcatcher. In creating Dreamcatcher I used cutting edge, recently declassified technologies, and then invented some of my own. As far as I know, Dreamcatcher has no real top secret counterpart…as far as I know. But most of Dreamcatcher constitutes a natural convergence of existing technologies, and I feared that I might inadvertently “step on someone’s toes” by including it in WRAITH. Fortunately, Program Security made no such determination and Dreamcatcher survived unscathed.

One final headache is the logistical side of it all. How does one write a book that is technically classified until Program Security gives it a nod? Again, the governing regulations are pretty non-specific – trust me, I was looking for all the guidance I could get. What happens when they read my work and determine I’ve accidentally said something top secret? What happens to my computer, to the networks it was connected to? What happens to my poor, unsuspecting reviewers? There’s almost a “We’ll cross that minefield when we get to it” attitude in the regs, but I can tell you from direct observation what happens when someone sends a UD out over regular E-mail. It’s a very expensive nightmare with a lot of confiscated servers, angry people, and ugly consequences for Mr. Fancy Fingers who sent the E-mail in the first place. I don’t need that.

To dodge this potentially literal bullet, I wrote WRAITH on an un-networked laptop with no internet software. On top of that, I coordinated closely with Program Security throughout the process – something that was very easy while I was still living in that world and became more difficult when I separated from the military halfway through the book.

In the final analysis, the security folks were true professionals. WRAITH went through a very long, two-tiered security review and survived with only minor cosmetic changes, and I lived to write another day. 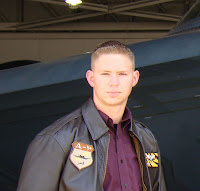 Reviewer James R. Hannibal is an USAF trained Islamic Terrorism expert, former Stealth Bomber pilot, and the author of WRAITH, a covert ops thriller lauded by Clive Cussler and Publishers Weekly. He is also the author of PIRATES The Midnight Passage. Both are available now from your favorite online bookstore. Find out more about James at www.stealthcommand.com.

Readers Entertainmenthttp://dayagency.com
Previous articleBehind the Mask with Mike Grell
Next articleThe Power to Prevail in a Tumultuous World