Melissa Marr’s Wicked Lovely Series begins with a mortal girl. A girl still in high school. A girl who knows she can never let the Faeries find out that she can see them or they will take her. Ash tries to lead a normal life. She goes to school and she has a friend named Seth that she has cared for a long time and who finally really notices her. Too bad the Summer King does too. Soon Ash must choose between two lives…and two boys. So starts the series – Wicked Lovely.

The next installment of this amazing series is called Ink Exchange. Leslie comes from a dysfunctional family where her life is in turmoil and she has no idea of Faerie intrigues. But when she gets a very unusual tattoo she is marked for the Dark Court and her life can never be the same again. 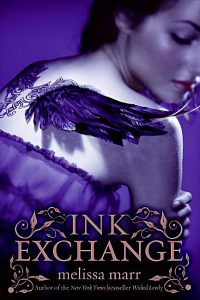 The courts are weak and they struggle. Politics make being a Faerie Queen dangerous and it makes Seth fragile by faerie standards. But Seth isn’t about to give up Ash to Keenan without a fight. He becomes a brother to the Dark Court and sets out on a dangerous journey to attempt the impossible. But while he is away looking for a way in to the Faerie world Keenan sees an opportunity to strengthen his court and claim his queen in Fragile Eternity.

Tension is mounting in the Faerie courts. Someone wants war and is willing to do whatever it takes to force one. The great assassin of the High Court has been sent into the mortal world. There he finds a girl he can’t resist, a girl he had been ordered to kill years ago. A single act will now have them both on the run in Radiant Shadows.

And now the time has come. The Summer King is missing and Ash is left on her own. The Winter Court and the Dark Court struggle and many faeries are missing, thought to be dead or thought to have joined forces with War. Loyalties will be tested. Not everyone will survive this Darkest Mercy. 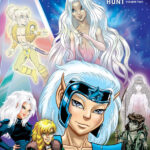 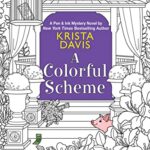 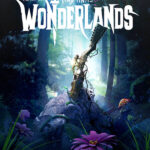