ATLANTA, GA – March 31, 2011 – Sea Lion Books announced today the acquisition of the comic book and graphic novel rights to Becca Fitzpatrick’s New York Times bestselling Young Adult novel Hush, Hush. A romance laced with intrigue, it is the story of a young girl torn between desire and suspicion in her love for a fallen angel. A true psychological thriller, Hush, Hush was the first book in a trilogy, with the story continuing inCrescendo and concluding with the forthcoming Silence, which is scheduled for release in October 2011. The series has a worldwide following, with sales of more than 1 million books in 35 countries. 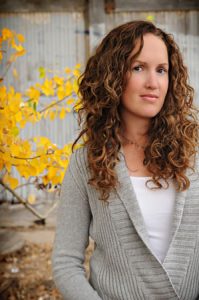 “Becca Fitzpatrick is a huge bestselling author,” said Kuo-Yu Liang VP Sales & Marketing for Diamond Book Distributors. “I think this series is a great addition to Sea Lion Books line up of projects and should be a major hit for them”.

Hush, Hush is the story of Nora Grey, a studious sixteen-year-old girl from Coldwater, Maine. It has been a year since her father’s murder and she is not interested in much other than her schoolwork. Then she meets Patch, a bad boy—and fallen angel. Though unwisely attracted to him, Nora finds herself caught in a battle between the fallen and the immortal. Choosing the wrong side could cost Nora her life.

Sea Lion Books shares the delight in working alongside the bestselling author on the adaptation, and feels that Becca Fitzpatrick’s Hush, Hush series is a fantastic addition to its graphic novel line.

Hush, Hush #1 is scheduled to debut in winter 2011. The creative team on the project will be announced at a later date.

Becca Fitzpatrick was born in Utah, and raised in the Midwest. After graduating as valedictorian of her high school class, she attended Brigham Young University where she earned a degree in Community Health. After her husband surprised her with a writing class as a present she began work on Hush, Hush. Becca Fitzpatrick is a #1 New York Times, Publishers Weekly, and USA Today Best-Selling author. Her novels have been awarded the prestigious: YALSA’s Teens’ Top Ten pick,  included in the 2009 Association of Booksellers for Children Best Books for Children Catalog, Winter 2009 Indie Next List Top Ten pick, Spring 2011 Indie Next List pick, Barnes & Noble’s Best Teen Books of 2009 selection, 2009 Barnes & Noble Dark Romance for Teens Holiday Gift Guide selection, CBC Favourite Children’s Books Top Ten Pick, First YA title selected for Barnes & Noble’s First Look Book Club, and Goodreads Choice Award Nominee for Young Adult Series. Becca Fitzpatrick lives in Colorado with her family. You can visit Becca on the Internet at http://beccafitzpatrick.com/

‘’Sea Lion Books is available worldwide from Diamond Comics Distributors and Diamond Book Distributors.  Diamond is the leading distributor of graphic novels and pop-culture products in the world’’