No Rest For the Dead Released

“The lineup of writers who have contributed to this mystery is akin to the Murderers’ Row the New York Yankees had during the hallowed 1920’s. There is not a weak one in the bunch.”
– David Baldacci, from the Introduction

No Rest For The Dead

“Brilliant…. If you like your mysteries smart, with a great twist, then you must read this book.”
—Linda Fairstein, New York Times bestselling author of Final Jeopardy

“Wow, what a line up! You can’t go wrong here.” —Michael Connelly

“No Rest for the Dead is drop dead wonderful and an experience to savor.  It’s a unique mystery written collectively by twenty-six of the best mystery writers in the world. Read this book for the sheer joy of it.”–Joseph Wambaugh

In a once-in-a-generation collaboration of New York Times bestselling authors, the genres greatest storytellers combine their skills to create one incredible, spellbinding mystery. NO REST FOR THE DEAD: A Mystery (Touchstone Hardcover / Simon & Schuster; July 5, 2011; $24.99; ISBN: 978-1-4516-0737-6) is a thrilling, page-turning accomplishment that only our very best could achieve.

When Christopher Thomas, a ruthless curator at San Francisco’s McFall Art Museum, is murdered and his decaying body is found inside an iron maiden in a Berlin museum, his wife, Rosemary, is the primary suspect, and she is tried, convicted, and executed. Ten years later, Jon Nunn, the detective who cracked the case, is convinced that the wrong person was put to death. In the years since the case was closed, he’s discovered a web of deceit and betrayal surrounding the Thomases that could implicate any number of people in the crime. With the help of the dead woman’s friend, he plans to gather everyone who was there the night Christopher died and finally uncover the truth, suspect by suspect. Could the true culprit have been Rosemary’s ne’er do well brother Peter Heusen, interested in his sister’s trust fund having run through his own or the museum curatorial assistant Justine Olengard, used and betrayed by Christopher himself? Or the struggling artist Belle, who turned down his advances only to see her career suffer a setback? Or someone else entirely? Solving this case may be Nunn’s last chance for redemption…but the shadowy forces behind Christopher’s death will stop at nothing to silence the past forever.

This is the first time so many major bestselling authors have been involved in a single project—R.L. Stine, Jeffery Deaver, Diana Gabaldon, Tess Gerritsen, Kathy Reichs, Faye Kellerman, J.A. Jance, Sandra Brown, Alexander McCall Smith, and Lisa Scottoline, to name just a few. The introduction by David Baldacci truly sets the tone for the twenty-six authors to weave their magic.

In this innovative storytelling approach, each writer brings their distinctive voice to a chapter of the narrative, building the tension to a shocking, explosive finale. NO REST FOR THE DEAD is the kind of thrilling page-turner that only today’s very best authors could achieve.

About the Authors:
Andrew F. Gulli, is the managing editor of The Strand Magazine, the number one magazine for mystery and short story lovers since 1891. He lives in Birmingham, MI. Lamia J. Gulli is a freelance editor and publishing consultant. She lives in metro Detroit.

A brother-and-sister editing team, Andrew and Lamia Gulli have arranged to donate all proceeds from No Rest for the Dead (excluding contributor expenses) to the Leukemia & Lymphoma Society

For more information on NO REST FOR THE DEAD please visit:
www.norestforthedead.com and www.simonandschuster.com. 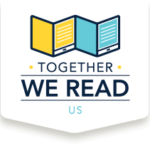