Mad About the Boy by Suzan Battah (Excerpt/Giveaway) 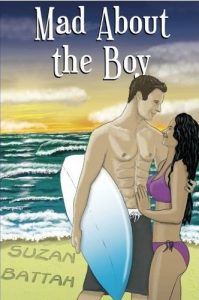 Read the Excerpt for Mad About the Boy add a Comment Below, then come back and find out if you won your own copy!

Tell Us Below What You Think and You Could Win!