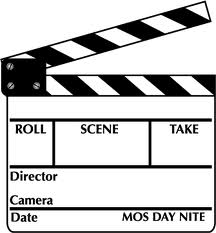 Have you ever thought after reading a book, “This would make a great movie”? Perhaps you’ve written a script and just knew it would be a blockbuster, or you know a favorite author’s book has been optioned to become a movie, but you’ve never seen it created.

This three-part series is just for you. In collaboration with Hollywood scriptwriter, director, and novelist Heywood Gould. (Mr. Gould is the author of 9 screenplays including “Rolling Thunder,” Fort Apache, The Bronx,” Boys From Brazil,” and “Cocktail”) Reader’s Entertainment will be bringing you “Movies You Will Never See“.

Reader’s Entertainment and the Daily Event will reoffer some of these scripts.

Read them and decide: would you like to have seen this movie?

Our first script is EMPIRES OF CRIME. Seven years in development it is a six part mini-series commissioned by a broadcast network and later reacquired by a cable station.

The story is about the founders of Organized Crime, Meyer Lansky, and “Lucky” Luciano, their fifty year partnership and the empire they created. Their friendships and families, lives and loves. It is also about their implacable enemy Thomas Dewey, a young Republican attorney who built a political career prosecuting the Mob that propelled him to the NY Governor’s Mansion and almost to the White House. Who hunted Luciano for years, using wiretaps and bugs, informers and tainted witnesses to send him to prison. And then released him into exile, enduring vicious accusations by his political enemies and dooming his chances of the Presidency, while never revealing the reason for his sudden turnabout.

leading to a large round table in the back. Who is the focus of all this

elegant, gray at the temples, dressed in his usual impeccable style in a

handkerchief in the breast pocket. Next to him is a VOLUPTUOUS

GIRL.Whispering in his ear is MARTIN GRAYSON, a fawning

Hollywood producer. Lucky is plowing through a plate of spaghetti,

but stops good-naturedly to sign autographs and answer questions.

Can you make it out to Jimmy, Mr.

Sure kid. Can’t do enough for our

Everybody laughs as the FLASH BULB pops.

Senator Kefauver says that the Mob

is raking in five billion dollars a year

from illegal gambling and you’re in

for ten per cent…

every time a politician wants to get

crums in office than the Democratic

When you gonna come home, Mr.

Funny you should ask. My associate

flyin’ in from Hollywood to buy my

life story. Think we can get five billion,

The sky’s the limit, Lucky.

Who do you want to play you, Lucky?

I’m thinkin’ of starrin’ in it myself…

Laughter and agreement from the crowd. “You could do it, Lucky..”

But if Cary Grant’s busy maybe

Sinatra. That kid owes me a lot.

A WAITER pushes through the crowd, bearing a huge ITALIAN

Hey, look at that. I got two weaknesses

He puts his arms around the Voluptuous Girl and everybody laughs.

Then looks up at the waiter.

Luciano stuffs a few bills in his shirt pocket.

As the crowd laughs he eyeballs the cake.

Last time I saw a cake this big

a guy jumped out blastin’…

In the darkened room a NEWSREEL on a portable screen. We see

Luciano in front of a bank of microphones.

out of exile to tell his story…And

rattle some cages from Mulberry

Street right on up to the White

The screen goes dark. The lights come on. We are in the law offices of

austere black suit, pencil mustache, is sitting at the head of a conference

table. With him is LIEUTENANT COMMANDER “RED’

of his parole barred him from

ever setting foot in the US again.

He’s applying for a temporary

visa to visit his sick brother,

war time activities if he isn’t

He’s trying to sell the movie

rights to his life story. Just

wants to get into action again.

You always liked him,

Don’t I know it. I prosecuted

the man. Proved that he was

a pimp and a murderer. And he

got better press than I did. Still

We should have taken him out

when we had the chance.

We should have given him

The man’s a security threat.

He can reveal classified

information about the FBI.

About all of us. We don’t

want it known that Luciano

during the war, do we

certainly don’t want it to come

out that I made a secret

agreement for his services.

Charley’s a patriot in his own

We have to be sure.

To read the first Scene in it’s entirety go here.

Readers are free to submit their own shelved scripts for publication to Daily Event Follow this link for submissions.

1. The scripts must have been commissioned or acquired by a producing entity.

2. The  writer must have full rights to the script.

The Daily Event legal department (non-existent) does not want a young Business Affairs attorney to pause the Coeds in Bondage video he is watching for the seventy-third time to write us a threatening letter.

Decisions of the judges will be final. Until, of course, they are reconceived, reconsidered, reexamined and—repeated.

Drop by next Wednesday for Part Two of  “Movies You Will Never See”. 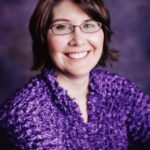