Andrew Peterson on the Craft, Career, and a new Thriller! 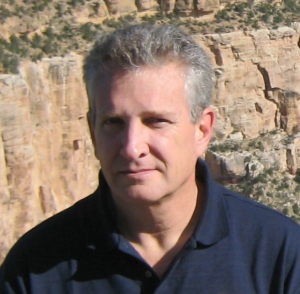 Welcome Andy! Before we begin, I just want to introduce you as an author. I’ve been very excited to see you experience some recent success, especially your new three-book deal with Thomas & Mercer, Amazon’s mystery and thriller imprint.  It seems like every time I talk to you, another amazing thing is on your plate.

How did you get started writing, particularly on the Nathan McBride Series, and what are you facing right now, in your career?

Garrett, thanks for having me and I really appreciate your interest in my career. It’s been quite a roller coaster ride. I began writing about 20 years ago. I’d been an avid reader and thought: why not write a book of my own? Of course, it’s a lot easier said than done. After writing four complete books—two horror novels and two Sci-Fi novels—I had huge stack of rejection letters from agents. My writing career was going nowhere.

On advice from a friend, I attended my first writing conference in San Diego where I felt inspired to change genres and write thrillers. After all, that’s what I enjoyed reading the most. Inspired by the folks I met in San Diego, I attended a second conference in Maui where I met Ridley Pearson. After reading a sample of my work, he referred me to his freelance editor, Ed Stackler, for what Ridley called “an honest and fair read.” Ed told me I had a good voice as an author, but my story had fatal structural problems. He suggested that I either rewrite it or if I had a sequel in mind, he’d work with me on it. So I shelved my fifth book and wrote FIRST TO KILL. Ed thought it was good enough for an agent he knew, and before I knew it, I was being represented by Jake Elwell, of Harold Ober Associates.

About a month later, Jake sold FIRST TO KILL to Dorchester and it launched in August 2008. Several months later, the audio rights were sold to Audible.com and Dick Hill—the voice of Jack Reacher—narrated the story. In July 2011, the dramatic rights were sold to two Hollywood producers with their offices in the Paramount lot. Not many optioned books go on to become movies or television series, but it’s encouraging to know FIRST is being developed for film. I like the producers a lot. They’re great guys.

After Jake sold FIRST, I wrote a second Nathan McBride novel: FORCED TO KILL. Audible.com made a preemptive offer and FORCED launched as exclusive audiobook. We were in new territory. The first edition of FORCED came out in audio format!

Garrett, being an author is whirlwind adventure of ups and downs. Right now, I feel like I can’t run fast enough. Most of my work days consist of sitting at my computer either proofreading, editing, or writing new manuscript. I still attend conferences, but I’ve had to cut back to three or four a year. Writing is a solitary existence. Staying motivated hasn’t been a problem, it’s just the workload. It can feel overwhelming at times. I need to learn better time management skills. Does anyone have any suggestions for me? I’m always open to new ideas!

In a nutshell, who is Nathan McBride, for our readers who are not already familiar with him?

Nathan is a trained marine sniper and former CIA operations officer. I use the word “trained” with “marine” because there are no “former marines.” He’s currently a partner in a security company based in San Diego.

Nathan’s been described as a “tough guy with a heart.” He’s an honorable man who possesses an acute sense of right and wrong. He hates bullies and helps people with no expectation of reward. True heroism is selfless. No one knows that better than Nathan. Surprisingly, he appeals to female readers. As with all heroes, he’s got some baggage. After a botched mission, he fell into the hands of a sadistic interrogator and endured three weeks of pure hell before being rescued. As a result, he’s got an inner darkness that he struggles to control at times. Nathan can be difficult character to write.

What is the new book about, and what is the big story hook that you feel is going to thrill readers?

OPTION TO KILL is the third Nathan McBride book. In OPTION, Nathan teams up with an unlikely ally.  After he receives a text message from someone named “Lauren” who claims she’s been kidnapped, it triggers a deadly chain of events that has the potential to haunt him for the rest of his life. What makes the story interesting is that Lauren’s just twelve years old. Nathan doesn’t have any children so he’s in for a turbulent ride.

Each of the three books are “stands alones” so you don’t have to read them in order. If you do however, you’ll get a progressive experience getting to know Nathan. OPTION is a departure for me because the characters from the first two books play minor roles in this story. The reader will discover another side of Nathan they haven’t seen before. It’s been fun to write, but I have to say, this is the most difficult manuscript I’ve ever written. I’ll share a secret: I don’t have any children either!

So Nathan really steps in it this time, doesn’t he? How is he handling it?

Yes, he does indeed. This story is super fast paced and takes place over thirty-six lightning quick hours. Nathan handles the situation with shear determination—he has nothing else to draw upon. As he unravels Lauren story, he faces a lot of questions with no discernable answers. All he knows is that Lauren needs his help and he’s going “all in” to save her. He’ll not only have to protect her in a physical way, but also emotionally.

How do others around you help or harm your ability to write? Do you have a special “writing place?”

My writing studio is upstairs in my home. My wife and I live in a remote part southern Monterey County, California. When I look out my windows, I’m surrounded by rolling hills dotted with mature oaks and pines. Basically, what most people might envision as a nature preserve. I’m blessed to have a quiet place to work. All I hear during the day are wind and birds and at night: crickets and frogs. Because there are no cities nearby, we have an incredibly beautiful night sky.

I usually have classical music playing in the background when I write. My biggest distraction is the occasional barking of my giant schnauzers. All other distractions are my own making. I think what hinders my writing the most is the marketing side of this business—and it is a business. In addition to writing a commercial story, an author needs be actively engaged with promotion. It definitely takes a toll on my writing time. Metaphorically, it’s a double-edged sword. Creativity and promotion are interlinked. I can’t quite consider them symbiotic in the purest sense, but they’re damned close to it.

Do you have future plans for Nathan? Anything you can share with us?

I have at least six to eight more books with Nathan. Contrary to what most people probably think, I don’t want his character to evolve. He “is what he is” and I think that’s part of his appeal. People know what they’re getting with Nathan and I plan to keep delivering the goods.

Andrew’s debut novel, FIRST TO KILL, has recently been optioned for a major motion picture. The first in a series, it features Nathan McBride, a trained Marine sniper and CIA operations officer. Andrew’s third book, OPTION TO KILL, will launch as an exclusive eBook with Amazon Publishing’s Thomas & Mercer imprint in early September. All three Nathan McBride books will be available in trade paperback in winter of 2012. For information on Andrew, please visit www.andrewpeterson.com