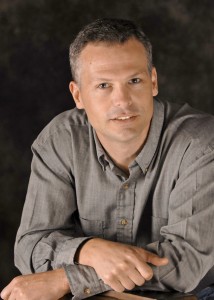 Other Worlds In Everyday Life
by Jeff Carlson

As a writer, I’m always looking for cool ideas.  I’m fortunate that my parents raised my brother and me as little explorers.  We started backpacking in the Sierra Nevada as soon as we could carry our own packs.  Our mom and dad also scraped together enough money to take us to Mexico, Alaska, and Hawaii before airfare cost an arm and a leg.

They also fed us books.  I read James Michener at eleven, Jean M. Auel at twelve, then graduated to the vast and mysterious worlds of Stephen King, Robert Heinlein, and James Clavell in my teens.

Mom and dad probably should have made us watch more TV.  More than anything, what those authors taught was a sense of scale – the idea that world is much stranger than Hometown U.S.A.   I left high school at fifteen, went to college with no interest in anything except seeing new places and writing about ‘em, and look at me now.  A starving artist.  Aha ha ha.

My first novel, Plague Year, stemmed directly from a lifelong love of skiing and hiking.  On the surface, it’s a high octane end-of-the-world thriller.  Look deeper, though, and you’ll find a story about how our environments shape us.

Briefly, a nanotechnology medical prototype breaks loose before it’s ready.  (In the book, the scientists are trying to cure cancer, which would be awesome, but curing cancer isn’t much of a novel – not a thriller novel – so of course things go awry.)  The nanotech devours all warm-blooded lifeforms below 10,000 feet elevation, where it self-destructs due to a hypobaric fuse.

The heroes are trapped in the highest points of the Sierra range and in the Rockies.  Mayhem ensues.  There’s a space shuttle crash and paratroopers in hazmat suits, all of which is great fun, but ultimately the story keeps coming back to its unique setting and its themes of isolation, effort, grit, sacrifice, and redemption.

Small wonder my new novel is also tied to the idea of how our surroundings drive us.

The Frozen Sky is a dark sci fi thriller like Aliens or Pitch Black, but the basic concept emerged from sightseeing on my honeymoon, which was a light, enjoyable experience.

My wife grew up in Germany.  We flew to Europe for two weeks, where I met many uncles and cousins, drank too much beer, ate too much fried pork, and toured castles, museums, spectacular forests and waterfalls.

In the Alps, we found our way to Die Eisriesenwelt, “The Great Ice World.”

For eons, melting snow has eroded the insides of these towering hunks of granite.  In places, the cave systems stretch for twenty-five kilometers.  Some have been developed into tourist sites with gondolas to bring people up the plummeting slopes.  They’ve also installed a massive steel wall across the mouth of Die Eisriesenwelt to maintain its lowest temperatures in summer.

Diana and I were lucky.  Waiting for the 2pm tour, we heard happy shouts from inside.  When the door opened, an overexcited pack of teenagers emerged with their guide… but when he took the next tour inside, he only had the two of us.

It was as silent as a haunted church.  Shadows danced away from us into blackness.  All you’re given are small kerosene lamps in order to minimize damaging Die Eisriesenwelt with heat and light.  No flashlights.  No miners’ helmets.

The ice is stunning.  Massive formations slump through the tunnels in slow-motion waves, stalactites, hillocks, and lakes.  In places, they’ve hacked out channels or stairs in order to move from one cavern to another.  The best moments were when our guide set off a magnesium flare, suddenly revealing the vast dimensions of the caves beyond our tiny, guttering flames.

An hour later, he suggested we extinguish our lanterns completely.

In absolute darkness, we heard miles of empty space echoing around us – the creeping ice – and the dead, implacable weight of the rock.  In comparison, human beings are fast-lived indeed, like mayflies flickering in and out of the colossal mountain.

Immediately I knew I had to write about it.

At the same time, NASA’s Cassini probe passed Jupiter on its way to Saturn.  One of Cassini’s primary targets was Europa, Jupiter’s sixth moon, an ice moon which biologists now theorize is the likeliest place in the solar system to find other life.

Europa’s frozen crust stretches down ten to twenty kilometers in places, beneath which is a deep salt ocean.  The ocean floor appears to be torn by hydrothermal vents and volcanoes.  It has all the building blocks of life.  Scientists imagine we’ll find hardy bacteria like the same primordial organisms that grow in undersea volcanoes on Earth.  Of course I thought, What if those single-cell organisms had evolved into higher lifeforms like they did on our planet?

What would those creatures be like?  There is no light inside Europa.  They wouldn’t need eyes.  They would use sonar, taste, and scent.

It seems like a leap from Germany to Jupiter, but ideas are where you find them.  I read a lot.  The Frozen Sky is a fusion of my honeymoon and a nightmare – light and darkness – fire and ice – and I hope you like it.  The jacket copy sums up the book neatly:

Something is alive inside Jupiter’s ice moon Europa.
Robot probes find an ancient tunnel beneath the
surface, its walls carved with strange hieroglyphics.
Led by elite engineer Alexis Vonderach, a team of
scientists descends into the dark… where they
confront a savage race older than mankind…

Based on the award-winning short story,
The Frozen Sky is a new full-length sci fi thriller novel
from the international bestselling author of Plague Year.

You can find more information about Jeff’s books on his website, here.