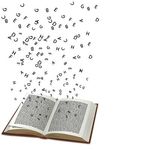 While some may argue that young adults aren’t reading as much as they used to, thanks to social media, YA books are appearing on bestseller lists, young adult books are being made into box office mega hits, and publishers are clamoring for more young adult books in their catalogs.

USAToday, the New York Times, Amazon, and Barnes & Noble all have a section exclusively devoted to the sales of young adult novels, and those novels have often crossed onto the Adult Fiction bestseller lists several times.

This generation however, doesn’t rely on reviews in the newspaper, glossy magazines or suggestions from bookstores, they get their reading lists from social media. They pick their books based on cyber-word-of-mouth from their friends on FaceBook, Twitter and then they head to Youtube where there are entire communities built around a book.

For example, the booktrailer for Hush, Hush by Becca Fitzpatrick is approaching half-a-million views, and young adults have posted reviews, cast their version of the movie, made their own booktrailers, and created parodies of the book. Plus, Fitzpatrick’s sequel’s all have large followings. Or Alyson Noel’s Evermore, which is also hitting the half-million views mark and the large community of videos that have blossomed around it.

Stage of Life a website for teachers and educators, gathered statistics on teens reading habits and posted some astonishing numbers recently. Of those responding to their survey:

*  77% of young adults read an extra book a month for pleasure
*  84% had been to a library in the last year
*  1 out of 2 teens purchase at least one book a month with their own money.

Add to this the explosion of ‘classic’ literature that today’s kids have embraced, Tolkien’s Lord of the Ring series, C.S. Lewis’ Chronicles of Narnia, and soon to be classics like Rowling’s Harry Potter books, and you’ll find young adults are reading, they just aren’t finding books the way their parents did.