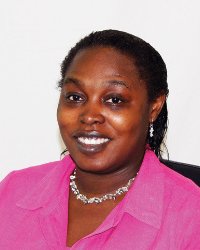 We’d like to welcome, author Lydia Taiwo to Reader’s Entertainment. Her novel, A Broken Childhood is a true story. While it is a story of child abuse, it is also the story of strength, of faith and of finding one’s way out of the darkness. Lydia can tell you more.

Hello, Lydia, please tell us about your book.

My Book, A Broken Childhood:  A True Story of Abuse  is the true story of what happened to me as a young child. At the age of five, I was torn away from a safe and happy foster home and taken back to live with my real parents in London. It was the start of a nightmare. Forced into a new life with people I didn’t  know, I was plunged into a world of violence. There was no-one to confide in and no running away from it. With a brother and sister to protect, I endured unending, sadistic abuse. This is the true and shocking story of my experiences.

My childhood was traumatic  and I thank God I am still alive. But after abuse that left me physically and emotionally scarred, I was left with a legacy of pain that I didn’t know how to cope with. It was only when I learned to forgive my parents that I was finally able to come to terms with what had happened and then move on with my life.

Tell us about your main character.
Even now, I can’t really comprehend what my mother did to me. As a mother myself, I couldn’t imagine putting my children through a similar  ordeal. I can only describe my own mother was wicked. She would go to any length to get what she wanted and if she gave you anything it was never for free. There was always a price to pay.

When I tell relations or family friends about what happened to me, they often can’t believe it because their relationship with her is quite different!  In their eyes, she is an angel who couldn’t hurt anybody. Only I knew the truth and I used to be very afraid of her, right up until I was 30 years old.

What genre is this and who do you think will enjoy reading it?

This is a true life story and was written for those who want to know about  child abuse and how to survive it.

From home-makers to professionals, my readers come from all walks of life. Mothers, fathers, and even teenagers have read it and been moved. And with its message of forgiveness as a means to survive and move on, I have also found that those who belong to faith-based groups and churches have been able to empathize with it too.

In fact, my book also has a strong following amongst professionals who work with children. From children’s charities, police and law enforcement officials, to teachers, hospital staff and social workers, A Broken Childhood has become as a ‘must read’ book on the subject of child abuse and how to spot it.

Have you received any feedback on it yet, would you share?

A Broken Childhood:  A True Story of Abuse  has received a number of positive reviews by people who have been genuinely moved by it.  Below are just a few, from reviewers and readers alike:

The Bookbag (Sue Magee) wrote:
“Whilst the subject of A Broken Childhood does not make for easy reading, Ola’s sparse and elegant writing is a pleasure to read. For me the most amazing part about this book is that Ola feels able to forgive her parents for what they did to her – in fact she realised that this was necessary if she was to move on from what happened and live a normal, productive life. I was also shocked when I realised that her parents were professional people, who should have known better how to look after their children – and been able to put it into practice. There’s a useful list of contacts at the back of the book if child abuse is suspected. I could hope that it will not be much needed, but sadly I fear that this will not be the case.”

Independent Professional Book Reviewers (Bookreviewers.org) (Melissa Levine) wrote:
“A Broken Childhood: A True Story of Abuse is author Lydia Ola Taiwo’s account of the physical, mental, and emotional abuse she suffered at the hands of her parents from five to twelve-years-old. Like many survivors of abuse, Lydia still struggles to understand the reasons why her parents hurt her. At the age of five, Lydia’s parents abruptly removed her from her loving foster home to live with them in a small, one-room apartment where she slept on the couch. The abuse began immediately.

Lydia is explicit in her descriptions of the injuries she acquired as a result of the physical abuse she endured: major head injuries, broken teeth, and scars all over her body from being lashed with an electrical cable that are still visible today.

Lydia’s accounts of her childhood are horrific and inspire anger in the reader. Even though the author expresses her own rage towards her parents, she also writes about the long journey to forgiveness:  ‘There was a struggle going on inside me for many years, a struggle of revenge and hatred towards my mother and father—but one day I took a decision to forgive them for all they had done to me (88).’ It is with a tone imbued with forgiveness that Lydia has written this book. The author’s story is an example of how a person who has been harmed can make a decision to release the anger so that her life can be defined by more than the abuse she survived.

A Broken Childhood is a tale of bravery by a survivor of child abuse that will speak to victims, caregivers, and child advocates alike. It is also a story of self preservation and forgiveness that any reader will be able to relate to. “

Dexter Tiranti wrote:
“You might have to grit your teeth to start reading this. But it’s worth it. The book is a frank and painfully honest account of a little girl’s brutalization by her parents — an opening of the heart including the thousand and one ways to cover up to authority for unaccountable bruises and injuries. Essential reading for any professional in the childcare field, I would suggest. And for the rest of us, the book is curiously more-ish. In-your-face, written with all the naivety of a small child, the author tells her story with fascinating power. Small p.s.: I would have liked something more on those shadowy dark figures of Lydia Ola Taiwo’s parents. How can adults behave like that?”

Shaun Pearce wrote:
“This book should be required reading for every social worker in the country.

A Broken Childhood is the true story of the author’s abused and neglected childhood. It is also an insight to what happens when two different cultures meet and clash in a way that is not properly understood by either party. It is not an easy book to read – I found the chapter where the author describes how she received her head injury particularly disturbing – nevertheless it is one that should be read by anyone who has anything to do with children: be they teachers, social workers, child-minders or carers. The book describes (sometimes in graphic detail) what it’s like to be on the receiving end of a continuous stream of physical and psychological abuse; something which, thankfully, most people never experience and have little or no knowledge of.

There is an old saying: “What doesn’t kill you makes you stronger” and A Broken Childhood is certainly a testament to the strength and resilience of the human spirit. The author’s inner strength, forged in the furnace of her violent upbringing, shines through from every page. The fact that she now shows her tormentors forgiveness rather than seeking revenge speaks volumes.

At times during her childhood, Ola would wonder why God was letting her suffer in this way. What part of His divine plan did it serve? Perhaps this book is the answer. To tell the world what it is like. To tell fellow sufferers they are not alone. To tell those who should know, what to look for. To stop it happening to anyone else.”

I’m married with six children and am a Consultant Biomedical Healthcare Scientist with my own diagnostic centre in Kent.

I’ve also completed a counselling programme so I can support those who have suffered (or are suffering) abuse, including children whose parents have divorced.

As a child abuse survivor, I’m writing books to tell and show people what absence of love really means. Despite the pain, the trauma, the injuries and the tears, as long as there is life, there will always be a way out. God will make a way.

I am working with Safeguarding Now Ltd and use my story as a live case study for social workers, school teachers and nursery school workers. At the same time, I am also working as an appointed Ambassador for AFRUCA and with the Bexley African & Ethnic Minority Group to raise awareness of child abuse worldwide.

On my blog and website. I can also be found at public speaking engagements organized by  both church and community groups, and professional and political bodies.