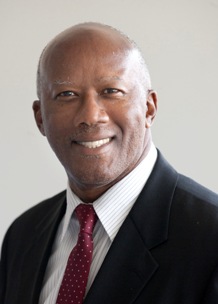 Wayne Dawkins is author of three books, “City Son”, “Rugged Waters” and “The NABJ Story.”  He is subject of a chapter in “Out of the News”  by Celia Wexler  and “My First Year as a Journalist” by Dianne Selditch.

Dawkins wrote three dozen entries media, music, inventors and sports figures for six encyclopedias. Dawkins is an associate professor at Hampton University Scripps Howard School of Journalism and Communications. Before that he was a reporter, editor, editorial writer and columnist for daily newspapers in New York, New Jersey, Indiana and Virginia. Dawkins is founding editor of the Black Alumni Network newsletter [Columbia University].

BPM:   Please introduce us to your current book. What topics are discussed in this book?
WD: “City Son: Andrew W. Cooper’s impact on Modern-Day Brooklyn.” This biography covers Cooper’s 1960s voting rights activism that was responsible for the election of Shirley Chisholm to Congress. In the 1970s Cooper [1927-2002] was a political columnist for the Amsterdam news and at the end of the decade established Trans Urban News Service in Brooklyn.

BPM:  Which character or topic in the book can you identify with the most? Why?
WD: I’m the biographer and I strived to tell Cooper’s story with integrity. Explain his coming of age, his courage and contradictions, but most of all the huge imprint Cooper left on his hometown Brooklyn. Cooper’s institutional memory, advocacy and trenchant analysis contributed profoundly to the dynamic Brooklyn that exists today.

I identify with Cooper because I was his apprentice. I worked for him at Trans Urban News Service in the 1970s. His widow Jocelyn tasked me to write the biography. She gave me full access to AWC’s papers.

BPM:   How has your writing evolved?
WD: My research and sourcing improves with each book [this is my third]. With age I strive harder to connect with readers and make the narrative simple, direct and compelling.

BPM:   Your greatest accomplishment as a writer:
WD: My first book, “Black Journalists: The NABJ Story,” which I self-published in 1993 and updated in 1997. I confirmed the identities of the 44 founders of the National Association of Black Journalists and remains the seminal account of the association. A few Ph.ds are working on dissertations based on my work.

BPM:   Will the printed book ever become obsolete?
WD: I hope not. The tablet era is established. Print still matters, whether the delivery system is pixels or paper. There should still be room for bound, paper books for the consumers who want them. I love paper. I expect to crease, highlight and mark up pages. I even talk back to books and write replies in the margins.

BPM:   How may readers connect with you online?
WD:  Readers can visit me at my author’s page on amazon.com, or at politicsincolor.com, or monroetrottergroup.com. Email:  Wdawkins4bj@aol.com