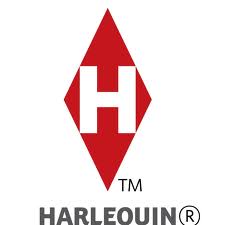 It was announced today, that Torstar, has sold it’s Harlequin imprint to HarperCollins, a division of News Corp. which is owned by Rupert Murdoch. The imprint was sold to Murdoch for a reported $455 million.

The Harlequin imprint known globally for it’s romance novels, has been part of Torstar for nearly forty years. Headquartered in Toronto, Harlequin employs over 1000 persons globally, has 1300 authors under contract, releases 110 titles each month, has publishing ventures in 16 countries and their titles are published in 34 languages.

The report states that while Harlequin will be managed by an as yet undisclosed division of Harper Collins, their headquarters will remain in Toronto. The sale should be finalized by year’s end.

Here are details from the company’s press release:

Torstar Corporation today announced it has entered into an agreement to sell all of the shares of Harlequin Enterprises Limited to News Corp. It will be run as a division of HarperCollins Publishers, a subsidiary of News Corp.

The purchase price is $455 million Canadian payable in cash at closing. Torstar intends to apply a portion of the net proceeds to debt reduction. The company will retain the remainder of the proceeds pending a thorough review of its future cash requirements and potential investment opportunities.

The transaction, which has been unanimously approved by the Torstar board of directors, is subject to customary approvals and closing conditions, including regulatory approvals. The parties anticipate closing the transaction by the end of the third quarter of 2014.

“Harlequin has been an important part of Torstar over the past 39 years and we are very proud of the global success it has achieved,” said David Holland, President and Chief Executive Officer of Torstar Corporation. “While making the decision to sell has been difficult, we are confident that this transaction represents excellent value for Torstar shareholders and it also further strengthens the financial position of Torstar. This sets the stage for the next chapter in the Harlequin story.  HarperCollins is a very well-respected publisher with a tremendous track record of success and will be a good home for Harlequin. The sale will benefit Harlequin in the years ahead by providing the company, its terrific management team and its employees with exciting opportunities to continue to grow.”

“Harlequin has built one of the largest and most widely recognized consumer brands in publishing with a highly focused publishing program for women,” said Brian Murray, President and CEO of HarperCollins. “We are thrilled to welcome Harlequin’s management and staff in Toronto and around the world to the HarperCollins family. The Harlequin name and rich heritage will be preserved independently, with the aim to leverage capabilities to bring the book-reading public more choices. Harlequin’s business has grown internationally, and will give HarperCollins an immediate foothold in 11 new countries from which we can expand into dozens of foreign languages for authors who choose to work with us globally.”

HarperCollins has indicated that Harlequin will remain headquartered in Toronto, as will the offices of HarperCollins Canada.

“We are excited to be joining HarperCollins Publishers,” said Craig Swinwood, Publisher and CEO of Harlequin. “This transaction will allow Harlequin to continue to operate as a distinct and successful brand within a larger publishing company. We’re excited to be able to take full advantage of HarperCollins’ robust resources, scale and capabilities to expand the reach of our books and grow our business.”

The regulatory approvals required include competition clearances in Canada and the United States and approval under the Investment Canada Act.

Harlequin was founded in 1949. Torstar acquired a controlling interest in Harlequin in 1975 and acquired the remaining interest in 1981. Today, Harlequin is a leading publisher of women’s fiction, with titles issued worldwide in 34 languages and sold in 102 international markets. Harlequin publishes the work of more than 1,300 authors and releases more than 110 titles monthly through publishing operations in 16 countries, either through wholly-owned operating units or joint ventures.  Approximately 95 per cent of Harlequin’s revenues are from outside of Canada.

Harlequin has more than 1,000 employees worldwide, including more than 350 in Canada.

In 2013, Harlequin had total segment revenues of $398 million and segment EBITDA of $56 million, which accounted for 29% and 32% of Torstar’s consolidated revenues and EBITDA (on a segmented basis) respectively.*

BMO Capital Markets is acting as the financial advisor and McCarthy Tétrault LLP and Osler, Hoskin & Harcourt LLP are acting as the legal advisors for Torstar.