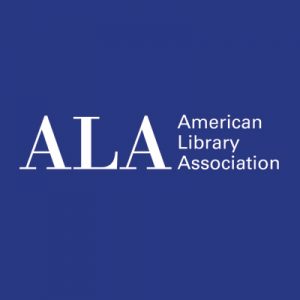 PRESS RELEASE FROM THE ALA – The U.S. Court of Appeals for the Second Circuit today ruled in Authors Guild v. Google that Google Book’s mass digital indexing of books for use in creating a searchable online library constituted a legal “fair use” of copyrighted material rather than an infringement.  Statements by members of the Library Copyright Alliance may be attributed as follows:

“The Court’s decision today does much more than affirm the critical importance and clear legality of digitally indexing books on a large scale as fair use, hugely important as that is. The ruling’s broader and potentially landmark legacy is that vague fears of speculative harm due to possible copyright infringement cannot and must not be permitted to deprive every sector of our society of the very real and identifiable benefits of fair use and other legal limits on copyright.  In other words, the assumption that maximum restriction in copyright is the path to maximum benefit which for too long has animated US copyright policies, laws and treaties has been soundly and rationally rejected.”

“I join my colleagues in applauding this ruling as it strongly supports fair use principles, allowing scholars and others to discover a wealth of resources.  This is a tremendous opportunity for our communities, in particular for students and others with visual disabilities, as Google Book search makes millions of books searchable.”

Larry Alford, President of the Association of Research Libraries (ARL):

“The Association of Research Libraries applauds this victory for fair use regarding the Google Books project, which involved partnerships with many of our libraries.  This important project supports the goal of the copyright system to expand knowledge by supporting access for those with print disabilities with the creation of machine-readable digital copies, and by providing a new research tool for users who can, among other uses engage in text-and-data mining to understand in a deeper way the record of human culture and achievement contained in these books that would not otherwise be possible without the large, searchable database created by Google Books.”

About the Library Copyright Alliance
The Library Copyright Alliance (LCA) consists of three major library associations—the American Library Association, the Association of College and Research Libraries, and the Association of Research Libraries—that collectively represent over 100,000 libraries in the United States, employing over 350,000 librarians and other personnel. An estimated 200 million Americans use these libraries more than two billion times each year.