This Tuesday night on Book Lights

It’s the book birthday of Justice Burning which releases Tue. June 7th and it is also Debra’s birthday!

In Justice Burning, book two in the Hellfire series, a hot sheriffs deputy rescues a runaway bride with a secret in her trunk! Things are heating up in the studio and it’s not just the candles on Debra’s birthday cake. 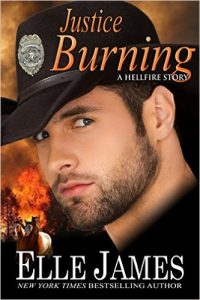 Her groom was a no-show at her wedding, and Dallas debutante Phoebe Sinclair isn’t going to face her family and the hundreds of guests with the news. Taking nothing but her wedding dress, her grandmother’s locket and her fiancé’s rented convertible, she leaves the church, determined to get away and start a new life free of her society status. Foiled by a flat tire near Hellfire, Texas, she opens the trunk for the jack, only to discover a deadly secret, just as a sheriff’s deputy pulls up behind her.

When sheriff’s deputy Nash Grayson, lends a helping hand to a runaway bride, he doesn’t know half of what he’s getting himself into. Not only is she sassy and independent, she’s beautiful, sexy and wriggles her way past the protective wall he’s built around himself since he returned from the war. When she’s targeted by a shooter, he’s assigned protective duty until the culprit can be caught. Close quarters and hot Texas nights bring the unlikely pair closer to the truth about her ex-fiancé and their own burgeoning desires.

New York Times and USA Today Bestselling Author, Elle James, also writing as Myla Jackson, has her father’s work ethic, her mother’s creativeness and her sister, Delilah Devlin, for inspiration. Retired from the US Air Force Reserves, a former IT Manager, she’s managed a full-time job and raised three children. She and her husband even ranched ostriches and emus in Texas. Adventures in the reserves and life on a ranch give her fodder for mystery, suspense and humor. Elle now writes full-time in Arkansas. 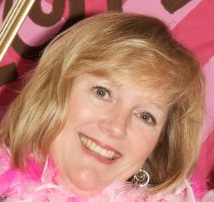 For more about Elle and her books visit www.ellejames.com

and the host of Book Lights, Debra Parmley at www.debraparmley.com