Behind the Words — With Author Gary B. Shelly 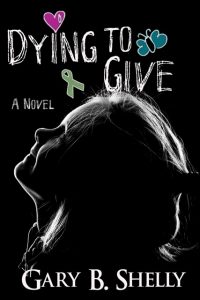 Today, we welcome author Gary B. Shelly to Behind the Words. Hi Gary, tell us a bit about yourself. Where you’re from, where you live? Do you have one of those day-jobs?
My name is Gary B. Shelly. I live in Southern California, where I was born and lived most of my life. I am not burdened by a “day job” so I am free to write fiction at any time. Mostly, that means seven day a week. My wonderful wife, Ann, amazingly supports this effort and provides the time and space that allows me to write.

How long have you been writing?
I began writing at the age of 25-years old when I was invited by an instructor in Computer Information Systems to co-author a textbook with him. After that first book, we, together with a talented team of co-authors, continued to the point where we authored more than 250 books together, with sales exceeding 25 million books. Today, I am no longer working on the computer books and instead spend all my time writing fiction, both novels and screenplays. Dying to Give is the first novel I have published.

Briefly describe your writing day.
I start in the morning, usually around 9 a.m., with the usual fears of “can I do this?” Having learned how to procrastinate with purpose, I might research, write a short story, or do other activities that allow me to avoid the dreaded “screen.” After mucking around for awhile, I eventually place focus on the current project. Once engaged, time ceases to exist. Characters, those planned for and those who sneak in unannounced, become all that is in my world. Often, I find I have not eaten nor even acknowledged an outside world. Normally, by about 7 p.m., I run out of juice, say goodbye to my gang, and go watch sports of some kind. Until the next morning…

Tell us about your latest release?
Dying to Give tracks the journey of a mother, Sarah Nealle, whose daughter, Amy, is seriously injured in a school bus accident. Sarah goes from hope to despair to the resignation that her daughter will not survive. Then, she is faced with a heart-wrenching decision: should she consent to the donation of Amy’s organs. Along the way, Sarah encounters debilitating issues, including nationwide publicity; doctors, the ICU, and hospital politics; a mogul who wants to buy Amy’s heart; a mother desperately pleading for a liver to save her son; her family who does not support her; a conspiracy to end organ donation; and a hero who can’t save his own son. Finally, with the help of a ninety-two-year-old who brings wisdom and peace, together with a reporter who reveals her own story, Sarah faces the truth and takes the action that will allow Amy to die with dignity.

Are your characters entirely fictitious or have you borrowed from real world people you know?
The characters in Dying to Give are all fictitious, although I suspect the traits and characteristics they exhibit could be found in some of my friends, family, and acquaintances as well. Part of the fun when writing fiction is creating characters that never existed prior to my typing on a keyboard, and who, by the end of the writing voyage, become some my favorite people in the world (even the bad guys are favorites.) Imagining a world, populating it, and then sending those folks through difficult times is the joy of writing fiction.

Would you share one detail from your current release with readers that they might not find in the book?
Early in the story, Sarah gives birth to a baby in a wrecked truck in a blizzard. That scene, which was the genesis for the whole novel, was based on a true story from the wife of my cousin, who had to drive herself to the hospital in order to have her baby.

If you could be one of your characters for a day which character would it be? Why?
In Dying to Give, I probably would like to be Elen Nugent, a reporter. I think that journalists, reporters, bloggers, and others who seek the truth are vital to our world and have, as part of their job, the opportunity to experience people and events as few of us are privileged to do. If I knew “then” what I know now, I might very well have chosen Elen’s world as my own.

What’s next?
Continue writing. I have a novel entitled Under Attack in the re-write stage that has attracted some interest. Also, several different subjects are of interest to me around which I want to build a story. “Stay tuned” is the best advice I can give.

All writers are readers. Are there any particular authors that have influenced how you write and, if so, how have they influenced you?
I am not a classics reader, so none of the past masters falls into this list. Two modern writers I admire tremendously are James Lee Burke and Robert B. Parker. Burke brings wonderfully complex characters together with a literate writing style that smoothly flows. His language and observations of the characters’ surroundings create a depth seldom seen in more modern popular fiction. Parker is a (the) premier crime writer of the last thirty years. More than the crackling stories and fascinating characters, for me, is the writing style. Short, crisp sentences. Movement in the story. No time wasted waxing melancholy page after page. His stories move from point A to point B is as crisp a manner as any writer I have ever read, leading to quick immersive reads that always have me asking, where is the next one?

If you could have dinner with any writer living or dead, who would it be and why?
Probably Ernest Hemingway, to learn his story-writing approach, and ask how he developed his writing style that so many have tried to imitate but no one has come close to.

If you could ask your favorite author a question what would it be?
I might ask Robert Parker how he felt when the Red Sox finally won the world series.

Do you have a secret talent readers would be surprised by?
No secret talents but few probably know I have a JD and was a member of the California Bar for many years. Also, I am a pilot with more than 800 hours. Not so much recently, however.

Your favorite go to drink or food when the world goes crazy!
The world does not even have to go crazy. My go-to drink is a Crown Royal Manhattan on the rocks, light on the sweet vermouth.

What is the one question you never get asked at interviews, but wish you did? Ask and answer it.
I’ve never been interviewed so… but if I were, an unlikely question might be, “Why did you change from computer textbooks to fiction?” The answer is fairly straight-forward: “My computer book co-author, Tom Cashman, had retired a few years earlier and working without his presence was just different. So, I decided I would set out on a different path – one I had dreamed about for many years – writing fiction. So far, the journey has been great fun and I hope now, with Dying to Give, that I can provide entertainment and meaningful stories to a wide audience.”

Thank you Gary for joining us today. Readers, you can find more about Gary and his novel Dying to Give at: 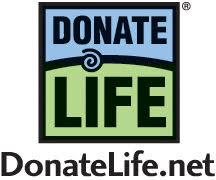