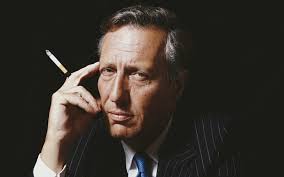 Bestselling thriller author Frederick Forsyth‘s publisher Transworld (US Penguin Publishing) has announced a new novel will be published in late 2018. Titled The Fox, it will be Forsyth’s 18th novel. The book is based on “British hackers Gary McKinnon and Lauri Love and centres around an 18-year-old schoolboy with Asperger’s Syndrome who is able to penetrate intricate firewalls to access the secrets at the highest level of foreign governments and other major organisations.”

“When Freddie said he wasn’t planning to write any more novels, we were devastated, so I’m utterly thrilled that we will get another blast of his inimitable storytelling later this year. He wrote the rule book for thriller writers many years ago and still has the all those same instincts and knowledge to deliver something truly special. I cannot wait to read it,” said Publisher Bill Scott-Kerr.

Readers Entertainmenthttp://dayagency.com
Previous articleThere’s a Book for That: Women in Hollywood
Next articlePublic Libraries Lend Record Numbers of Digital Content