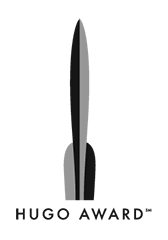 The Hugo Awards, first presented in 1953 and presented annually since 1955, are science fiction’s most prestigious award. The Hugo Awards are voted on by members of the World Science Fiction Convention (“Worldcon”), which is also responsible for administering them.

Named after Hugo Gernsback, who founded the sci-fi magazine Amazing Stories. Here are all of the finalists, along with the winners highlighted in red.

There are two other Awards administered by Worldcon 76 that are not Hugo Awards:

You can watch the entire ceremony by following this link: https://youtu.be/Pt4UI_te7bs