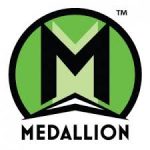 The publisher had good growth in its first few years, and in 2012 they launched TREEbook an eBook format “that featured a time-triggered reading experience that allowed the book to generate multiple story-lines based on things like an individual’s reading pace.” TREEbook however, never became the marketing hit Medallion expected.