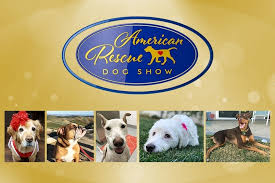 Hallmark Channel’s second annual “2019 American Rescue Dog Show” premieres as an expanded, two-night event, Sunday, February 17 and Monday, February 18 (8 p.m. ET/PT) on Hallmark Channel. The special focuses the spotlight on various breeds adopted from shelters and rescue organizations across the country vying for top dog in the world’s most adorable categories. The “2019 American Rescue Dog Show” is hosted by Rebecca Romijn and Jerry O’Connell, who are joined by cohosts Ross Mathews and Larissa Wohl as they cover all the action ringside and backstage.

The top 10 dogs will face off in the finals where one proud pooch will be crowned Best in Rescue. In addition to the competition ring, the show will highlight the importance of fostering homeless dogs and The mission of the “2019 American Rescue Dog Show” is to celebrate rescue dogs in a personality-driven competition. The goal of the show is to shine a light on these incredible pets and inspire viewers to adopt their next dog from their local shelter or rescue organization.

Whether already in homes or waiting to be adopted, these dogs are all heart and full of personality. The pedigree of these dogs is pure, unconditional love. Serving as the show’s official mascot is the network’s own rescued and adopted pet, Happy the Dog. In addition to starring in movies and specials, Happy the Dog is a certified therapy dog and emotional support animal. “2019 American Rescue Dog Show” is produced by Michael Levitt Productions.

Executive Producers Michael Levitt and Jennifer Schulz are both animal advocates and rescuers whose lives are dedicated to increasing awareness of pet adoption. Levitt, an accomplished TV producer, and Schulz, a communications professional for pet brands and organizations, joined forces to create a show that is both entertaining and heart-warming. Their goal is to celebrate rescue dogs with the hope of inspiring Hallmark Channel viewers to adopt their next pet.

Lastly, the Petco Foundation is providing a total of $80,000 in non-profit grants to the winners and Adopt-a-Pet.com will be showcased throughout the show as a great resource for viewers to find their next pet.

Readers Entertainmenthttp://dayagency.com
Previous articleFINDING DOROTHY: “The Hidden Message of Oz is Girl Power!
Next articleMITCH ALBOM, RETURNS TO NONFICTION WITH CHIKA: A LITTLE GIRL, AN EARTHQUAKE, AND THE MAKING OF A FAMILY