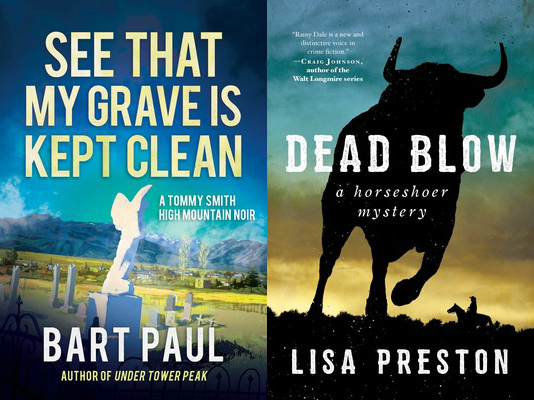 Arcade CrimeWise is a new crime fiction imprint from Skyhorse Publishing. The imprint will feature crime fiction titles beginning this fall. In a release, Skyhorse said following the success of mystery, thriller and spy novels, they hoped to create a brand that would be exclusive to these genres. Skyhorse has published are His Bloody Project, The Disappearance of Adèle Bedeau, and The Accident on the A35, by Man Booker nominee and Los Angeles Times Book Prize finalist Graeme Macrae Burnet; the Darby Holland Crime Novel series by Jeff Johnson; and the most recent mysteries by bestselling author Raymond Benson, The Secrets on Chicory Lane and In the Hush of the Night.

They will be releasing six to eight titles per year and the first releases are; Bart Paul’s See That My Grave Is Kept Clean, the third novel in the Tommy Smith High Mountain Noir series (September); Benson’s The Blues in the Dark, a crime drama that tackles racism, sexism, and murder in Hollywood in the 1940s (October); W.C. Ryan’s A House of Ghosts, a finalist for the NBA Irish Book Award set during World War I (October); and the second book in Lisa Preston’s feminist/western/mystery Horseshoer series, Dead Blow (November).

CrimeWise’s press release said of the company’s crime fiction, it is “a new platform and resources that will allow us to bring them to a broader public.”

Readers Entertainmenthttp://dayagency.com
Previous articleHow to Create Your Own Yard Hobbit Home
Next articleThe Beautiful Ones By PRINCE