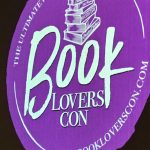 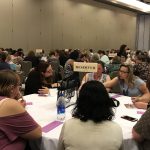 I was up early Friday morning for an event called Three Truths and a Lie! It was a Romantic Suspense, Mystery, Horror and Thriller signing: Amateur Sleuths wanted! Twenty-one authors, seated at tables around the room, presented three truths and a lie, and discerning readers used their brains, lots of laughter and clues, and some pretty good guessing to figure which was which. It was fun to watch the enthusiasm of the readers as they worked to puzzle it out. Those clever enough to separate the truth from the lies won, and were rewarded with prizes. Finally everyone chose a couple of books from the favorite authors they’d met, and they were able to get them signed. 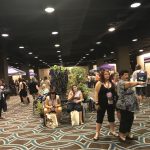 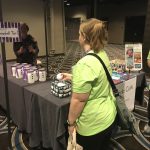 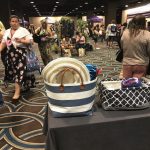 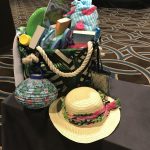 I didn’t get to attend until almost the end, but friends told me the Never Ending Story with Charlaine Harris and friends was hilarious, a real blast.

Day two ended at the Voo Doo Vampire Club, an event designed to emulate a sophisticated, somewhat creepy vampire bar. There we talked with friends, visited food stations and drink bars positioned around the room, and watched the finest vampire attire parade on past. Once again the costumes were fabulous, red and black, feathers, leather, and masks. Vampire costumes so artfully done they would make Count Dracula jealous. 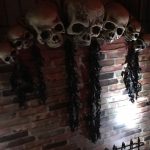 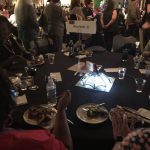 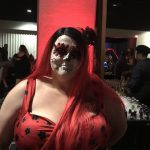 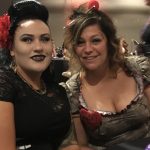