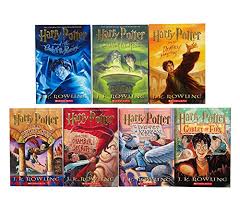 Since the first book in the Harry Potter series by J.K. Rowling was released in 1999, they have continued to be among one of the most banned books. According to the American Library Association, Rowlings Harry Potter has been banned, banished and burned for being ‘too occult’, having ‘curses’ and assorted other grievances.

The latest banning of the series comes from a Catholic school in Tennessee. The reason behind the ban? “The pastor felt the series contained “actual curses and spells,” and that reading them risked “conjuring evil spirits.” He even notified the Vatican in Rome who agreed with him.

According to a report in Entertainment; “the Rev. Dan Reehil, a pastor at the St. Edward Catholic School in Nashville, stated: “These books present magic as both good and evil, which is not true, but in fact a clever deception,” he wrote. “The curses and spells used in the books are actual curses and spells; which when read by a human being risk conjuring evil spirits into the presence of the person reading the text.”

The report goes on to state that Reehil contacted exorcists in the U.S. and Rome andy they agreed with the books’ removal.