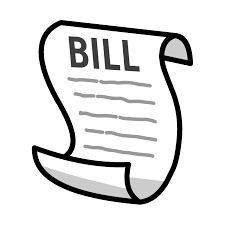 A bill proposed in Missouri this month represents a transparent, shameful attempt to legalize book banning in public libraries within the state, PEN America said today.

The bill — the Parental Oversight of Public Libraries Act or House Bill 2044 — aims to add several provisions to the state’s funding law for public libraries. These new provisions establish “parental library review boards” that would evaluate whether any library materials constitute “age-inappropriate sexual material.” Members of these five-member boards, who would be elected at a town meeting by a simple majority of voters, are empowered to determine whether material is appropriate, including by evaluating its literary merit. Public librarians are explicitly barred by the statute from serving on such review boards, even if they are from the community.

“This is a shockingly transparent attempt to legalize book banning in the state of Missouri,” said James Tager, deputy director of Free Expression Research and Policy at PEN America. “This act is clearly aimed at empowering small groups of parents to appoint themselves as censors over their state’s public libraries. Books wrestling with sexual themes, books uplifting LGBTQIA+ characters, books addressing issues such as sexual assault—all of these books are potentially on the chopping block if this bill is passed.”

Under the act, the boards would hold public hearings to receive suggestions as to possible inappropriate books, and would have the authority to order the library to remove any such material from access by minors. Any public library who allows minors access to such “age-inappropriate materials” would have their funding stripped, and librarians who refuse to comply with the act can be fined and imprisoned for up to one year.

“Every reader and writer in the country should be horrified, absolutely horrified, at this bill,” said PEN America’s Tager. “The fact that a librarian could actually be imprisoned under this act for following his or her conscience and refusing to block minors from access to a book, that tells you all you need to know about the suitability of this act within a democratic society.”

PEN America, an organization of writers and readers formed in 1922, has fought against book bans for almost 100 years. PEN America is a member organization of the National Coalition Against Censorship and is also affiliated with Banned Books Week, the yearly campaign to highlight the phenomenon of banned books and to push back against censorship in U.S. schools, libraries, and other spaces.

Jocie McKadehttps://www.jociemckade.com/
Her fiction writing has received the Author / Ambassador at Library Journal Self-e Authors, Winner Queen of the West Reader Favorite Award, Amazon Bestseller - Historical, Double finalist in the Next Generation Indie Book Awards in the Mystery and Humorous Categories. Writing humorous cozy mysteries and romantic comedy, Jocie can find humor in most everything, even when she shouldn't. She lives in the Midwest on Dust Bunny Farm with her family.
Previous articleNew Year — New Mysteries from Kensington Books
Next articleHarlequin Adds Inclusive Romance Line Carina Adores