Goodreads is a popular reader destination site that launched in December of 2006 (though many sites credit the founded year as 2007) by Otis Chandler. Later, Amazon bought the site and it has continued to grow.

Goodreads includes both readers and authors. You can talk about books, series, tropes, authors, industry, and just about anything to do with books at all.

With a site as large as Goodreads with approximately 90 million members. There are over 2 million books listed there. 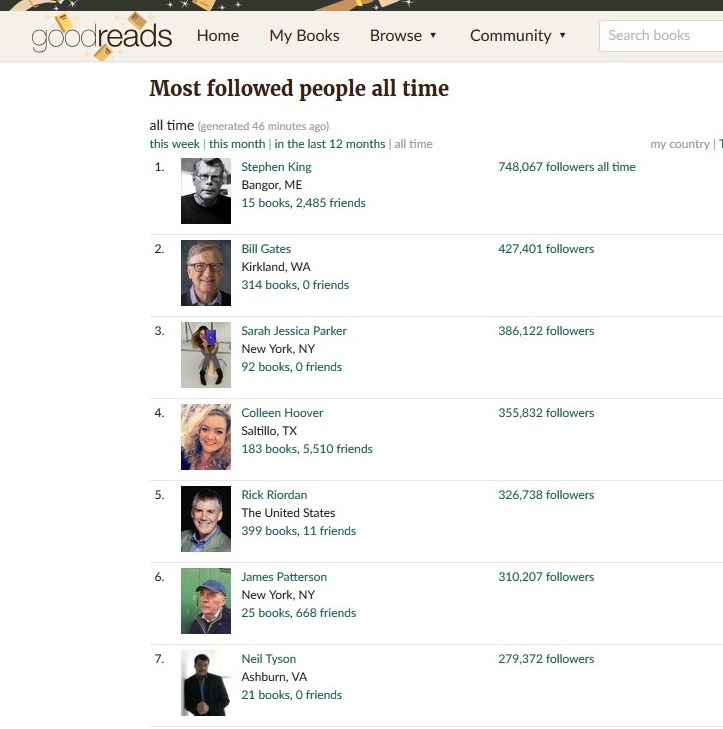 So, being one of the most-followed people of all time on Goodreads is an incredible fete. Though the list can fluctuate, it’s been pretty steady for some time.

The list is made up of authors, readers and celebrities. Who do you think is on the list?

No big surprise that the most followed person by far is Stephen King.

Here are the top 10 most followed on Goodreads-

Here are some people we recommend you follow on Goodreads-