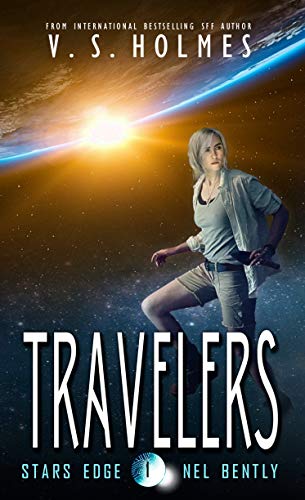 The first book in V. S. Holmes’ archaeological sci-fi to be included on the Peregrine Moon Lander as part of the the Writers on the Moon Time Capsule launching fall of 2021.

No one fights dirtier than an archaeologist.

Dr. Nel Bently has barely dug into Chile’s dry earth when her pristine site is vandalized. Her archaeologist’s dream of a ground-breaking project funded by a private patron turns into a nightmare: local activists Los Pobladores take issue with anyone brave–or stubborn–enough to set boots on their land. And foul-mouthed Nel is stubborn as they come.

Despite the danger, Nel refuses to surrender her site to vandals. Easier said than done, however, with the greenest crew she’s ever trained, absurd radiocarbon dates, and angry militants who may actually have a point.

When Los Pobledores land a blow that turns Nel’s world upside down, she realizes her mysterious benefactor is playing chess with their lives. Grief-stricken and angrier than ever, Nel is ready to fight dirty. 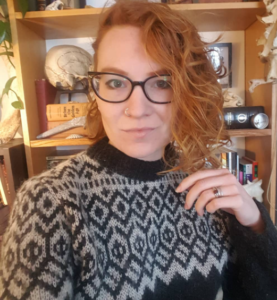 V. S. Holmes is an international bestselling SFF author. They created the Nel Bently Books and the Blood of Titans series. Their debut, Smoke and Rain, won New Apple Literary’s Excellence in Independent Publishing Award in 2015 and a Literary Titan Gold in 2020. They also work as an advocate for disabled and queer representation in SFF worlds.

V.S. Holmes is available for interviews, media appearances, speaking engagements, and/or book review requests – please contact mickey.creativeedge@gmail.com by email or by phone at 403.464.6925.  We look forward to hearing from you about coverage.