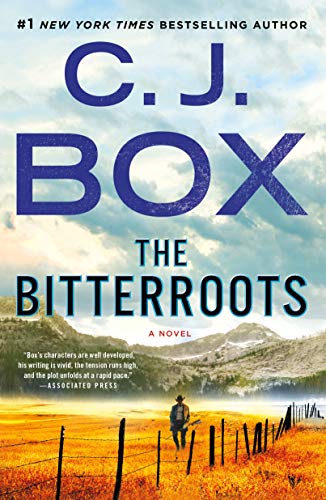 After the events of the last book, Cassie Dewell has moved her family (mother, Isabel, and 14 year old son, Ben) back to Montana (Bozeman).

With the desire still strong to uphold the law, even though her law enforcement career is now behind her, Cassie is now a small business owner: Dewell Investigations, Inc.

Money is not a problem as Dewell Investigations has a reputation of being honest, thorough, and, just like Cassie, hardnosed but fair.

Hooking up with an old friend Rachel Mitchell from the woman owned law firm, Mitchell-Estrella as their primary investigator, Cassie is meeting with Rachel about a new client: Blake Kleinsasser.

Blake has recently returned to Montana (from the hated New York) where he was successful in the financial arena.

Problem is….when he left, the Kleinsasser family, disowned him calling him a traitor to the family. Parent, brothers and sister hated him to varying degrees and are not one bit happy that the oldest son has returned, presumably to grab the inheritance now that dear old dad is drooling in a wheel chair after a stroke.

The physical evidence is convincing…semen, fingerprints, and sworn testimony from the 15 year old. It looks like a solid foundation of evidence to go to court with…..except Rachel wants Cassie to make sure the evidence is as solid as it looks.

Cassie is off to the backwards Kleinsasser controlled county of Lochsa County at the foot of the Bitterroots Mountain range.

Oh, to see what happens, you will have to read the book. 🙂

“The Bitterroots” is a fantastic, enthralling, thriller. I could not put it down and read it in record time. I hope C.J. is working on a 5th Cassie Dewell novel, but, it’s been a couple of years, and the TV show (“Big Sky”) may be hindering his efforts (think R.R. as I wait almost 10 years now…..for the next book).

Although Cassie is tough…..I found myself hoping for Joe or Nate (preferably, Nate) to show up to help! Alas, they did not. 😦