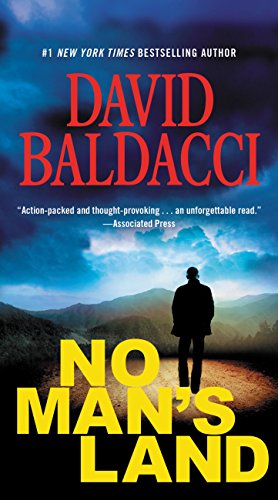 After the events of the last book, John Puller Sr. is deteriorating in the hospital with dementia, Robert Puller is back in the Army and has picked up his stellar career path. John Puller Jr. is still a Chief Warrant Officer in the Army’s Criminal Investigation Division (CID)…..

Visiting his dad in the hospital, John met two CID agents who gave him some news about the disappearance of his mother 30 years ago at Ft. Monroe, Virginia. Note: She was never found, and, if there was a body, it was never recovered.

Turns out….John Sr….who was thought to be out of town the day mom disappeared, was actually in town, and, via a deathbed letter written by an old friend of the family is now implicated in the death / disappearance of his wife!

Neither John or Robert agree with the conclusion, but, only John can investigate.

Paul Rogers has just gotten out of jail after spending 10 years behind bars.

He has some 30 year old issues to rectify with a woman from his painful past…..Claire Jericho…..and he sets off to find her….last known location…..Ft. Monroe, Virginia.

Paul is a killer: He has super human strength and has no feelings that would stop him from killing, which he does, and 30 years ago….he did. Multiple times.

To find out what happens, you will have to read the book.

“No Man’s Land” is simply fantastic. 🙂