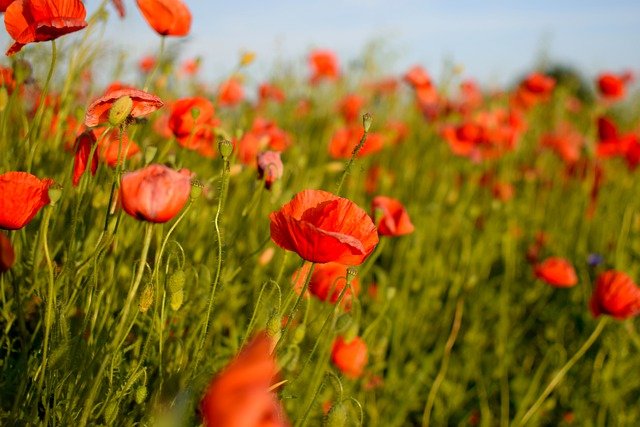 Memorial is a distinctly American holiday. While other nations have created their own memorial holidays to their fallen soldiers, it was here that the tradition was born. Conceived after the  savagery of our Civil War, it was known as Decoration Day for man decades. In the ashes of this war, America established national cemeteries, and legend says newly freed slaves decorated the graves of fallen Union soldiers.

In 1868, an organization for Northern Civil War vets , lead by General John A. Logan, petitioned for a Remembrance Day in the month of May saying: “The 30th of May, 1868, is designated for the purpose of strewing with flowers, or otherwise decorating the graves of comrades who died in defense of their country during the late rebellion, and whose bodies now lie in almost every city, village and hamlet churchyard in the land.” That date was picked as their were no battles of the Civil War fought on that date.

The first official Decoration Day was held at Arlington National Cemetery where the graves of over 20,000 Union soldiers were decorated, and General James Garfield, soon to be President, presided over the ceremony.

As the U.S. entered WWI, it became apparent that as a nation reunited, we needed a holiday to honor all of our fallen heroes, and in 1966, the U.S. government ‘declared Waterloo, New York as the official birthplace of Memorial Day.’ This small iconic town was the first to suggest, create, and annually celebrate Decoration Day starting back in 1866.

Time moved forward, and in 1968, the U.S. Congress ‘passed the Uniform Monday Holiday Act.” This would ensure the holiday would always be held on the last Monday in May, which as a bonus, would create a three-day holiday weekend, and make the day a ‘federal holiday.

While we still honor our military fallen on this day, it has become more of a holiday than a solemn event.

Many of you see veterans with booths or tables of Poppies during this weekend. The Poppy flower has become an international symbol for this holiday in many corners of the world, including the U.S., and a symbol for fallen veterans. The reason behind this little red flower becoming such a heartfelt symbol, was because of a poem written in a WWI battlefield by Canadian physician Lt. Col John McCrae.

“In Flanders Fields” by John McCrae

In Flanders fields the poppies blow
Between the crosses, row on row,
That mark our place; and in the sky
The larks, still bravely singing, fly
Scarce heard amid the guns below.

We are the Dead. Short days ago
We lived, felt dawn, saw sunset glow,
Loved and were loved, and now we lie
In Flanders fields.

Take up our quarrel with the foe:
To you from failing hands we throw
The torch; be yours to hold it high.
If ye break faith with us who die
We shall not sleep, though poppies grow
In Flanders fields.