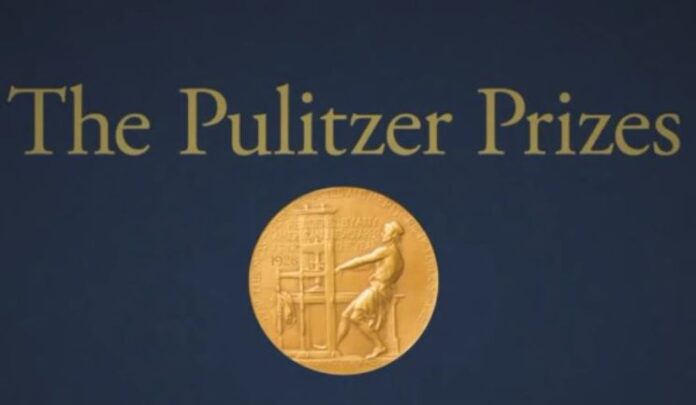 The 2021 Pulitzer Prize winners are:

Staff of The Courier-Journal, Louisville, Ky.

Dake Kang and the Staff of Associated Press

Ed Yong of The Atlantic

Jack Dolan and Brittny Mejia of the Los Angeles Times

Staff of The Wall Street Journal

Staff of The Wall Street Journal

Alan Wirzbicki and Rachelle G. Cohen of The Boston Globe

Staffs of the Invisible Institute, Chicago; The Intercept and Topic Studios

“A Registry of My Passage Upon the Earth,” by Daniel Mason (Little, Brown and Company)

“The Deviant’s War: The Homosexual vs. the United States of America,” by Eric Cervini (Farrar, Straus and Giroux)

“The Three-Cornered War: The Union, the Confederacy, and Native Peoples in the Fight for the West,” by Megan Kate Nelson (Scribner)

Biography
“The Dead Are Arising: The Life of Malcolm X,” by the late Les Payne and Tamara Payne (Liveright/Norton)

“Stranger in the Shogun’s City: A Japanese Woman and Her World,” by Amy Stanley (Scribner)

“A Treatise on Stars,” by Mei-mei Berssenbrugge (New Directions)

“In the Lateness of the World,” by Carolyn Forché (Penguin Press)

General Nonfiction
“Wilmington’s Lie: The Murderous Coup of 1898 and the Rise of White Supremacy,” by David Zucchino (Atlantic Monthly Press)