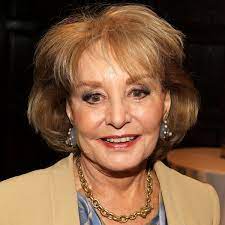 Simon & Schuster announced today that it is publishing the definitive biography of legendary broadcaster Barbara Walters. The book will be written by USA Today’s Washington Bureau Chief and bestselling author Susan Page. The book was acquired by Priscilla Painton, Vice President, Editorial Director for Nonfiction at Simon & Schuster, and Susan Page is represented by Matt Latimer and Keith Urbahn at Javelin. The book, which is tentatively untitled, is slated to be published in 2023.

Barbara Walters is one of the first television celebrities and a pioneer in journalism. She is the first woman to co-host a morning news program, NBC’s The Today Show, and the first woman to cohost an evening news program on ABC. She also founded the groundbreaking daytime program The View. But beyond her legendary career in journalism, Barbara Walters is a popular culture icon, whose celebrity interviews with people ranging from Lucille Ball to Katherine Hepburn to Oprah Winfrey became Must-See TV.

Susan Page said, “Barbara Walters didn’t just report the news. During her career, she was the news and a figure of historical import. She knew fascinating people—presidents and kings, poets and despots, actors and sport stars—and she knew how to make them talk. She fished with Fidel Castro, dated John Warner, and grilled Monica Lewinsky. Walters was also a key figure in the transformation in what was considered news and who could be trusted to tell it. To do all that, she was focused, indefatigable, competitive, manipulative, and sometimes ruthless. There were costs, professionally and personally, but she is a consequential, complicated woman, who defied expectations and expanded the opportunities for those who followed in her footsteps.”

Susan Page is the award-winning Washington Bureau chief of USA Today, where she writes about politics and the White House. Susan has covered seven White House administrations and eleven presidential elections. She has interviewed the past ten presidents and reported from six continents and dozens of foreign countries. In 2020, she moderated the vice presidential debate between Mike Pence and Kamala Harris. She is the author of the New York Times bestsellers The Matriarch: Barbara Bush and the Making of an American Dynasty and Madam Speaker: Nancy Pelosi and the Lessons of Power. She lives in Washington, D.C.

Simon & Schuster, a ViacomCBS Company, is a global leader in general interest publishing, dedicated to providing the best in fiction and nonfiction for readers of all ages, and in all printed, digital and audio formats. Its distinguished roster of authors includes many of the world’s most popular and widely recognized writers, and winners of the most prestigious literary honors and awards. It is home to numerous well-known imprints and divisions such as Simon & Schuster, Scribner, Atria Books, Gallery Books, Adams Media, Simon & Schuster Children’s Publishing and Simon & Schuster Audio and international companies in Australia, Canada, India and the United Kingdom, and proudly brings the works of its authors to readers in more than 200 countries and territories. For more information visit our website at www.simonandschuster.com