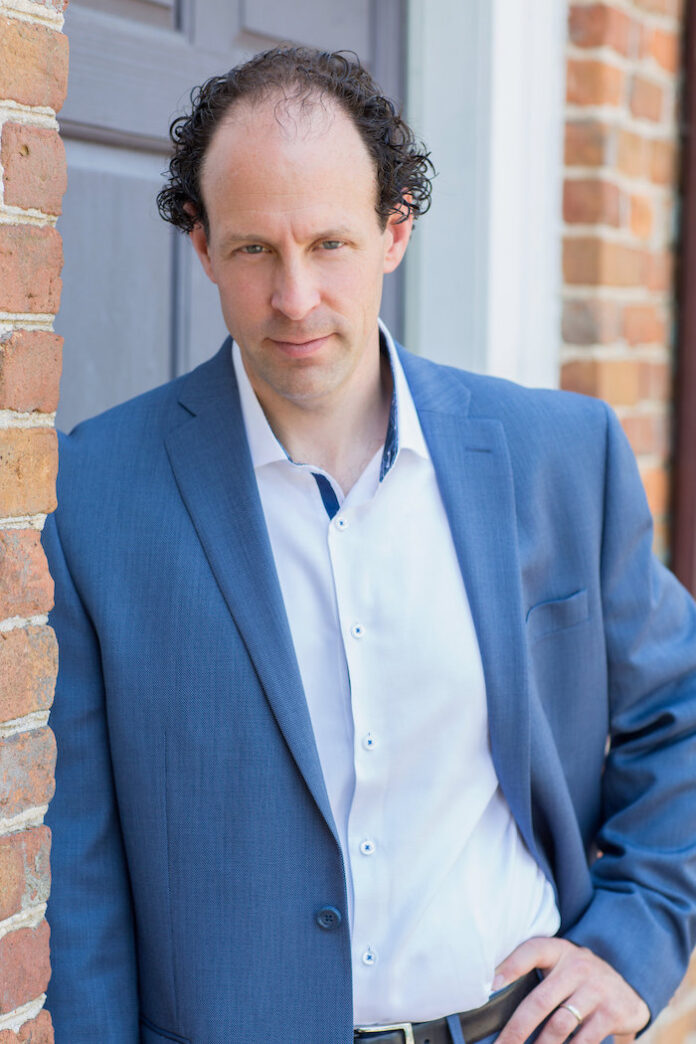 Welcome Brad! We’re excited to have you on Reader’s Entertainment.

Good to be here!

First, tell our readers a bit about yourself. Where you’re from, where you live? Is writing your full-time job?

Hi! I’m Brad and I like going on long runs, drinking cold beer, and being with my beautiful family. I’m from various parts of the east coast—New Jersey, Delaware, Connecticut, Virginia. Really, you could say I’m from Interstate 95. We currently live in the tidewater part of Virginia. And, yes, I write full-time because I have no other marketable skills.

I started writing professionally when I was 14, covering high school sports for my hometown paper. Thirty-three years later I haven’t run out of words yet.

I get up with the sun (or maybe slightly earlier), splash some water on my face, and write until I run out of coherent thoughts. This usually takes about four hours. The rest of the day, I exercise, goof off, hang out with my family, and think about what I’m going to write the next morning.

UNTHINKABLE tells the story of Nate Lovejoy, an ordinary stay-at-home dad faced with an unthinkable choice: Either he has to kill his wife or a billion people will die.

I asked myself, “What is the worst possible thing I could ever ask a character to do?” I love my wife very much—and not just because she puts up with her mercurial author husband—so I figured I’d write a book about a guy who is told he has to kill his wife.

One of the most shadowy characters in the book is Vanslow DeGange, a 95-year-old who can allegedly see the future. Part of his backstory is that during World War II, when he was a young sergeant, he was stationed at Los Alamos. He figured out what was being built there and desperately tried to convince his superiors not to use the weapon. Spoiler alert: he failed.

In this novel, it was the protagonist’s wife, Jenny Welker, a high-powered lawyer who definitely has some surprises waiting for us. It was hard making sure she didn’t spill any of her secrets.

I would be Sean Plottner, the shadowy billionaire who makes trouble during my last novel, Interference. I mean, hey, who wouldn’t want to be a billionaire for a day? I hear those guys hardly even pay taxes.

There are so many. But just to pick one: Heads You Lose by Lisa Lutz and David Hayward. Just a brilliant, hysterical, wonderful novel.

I have an above-average talent at catching grapes in my mouth.

Coke Zero. That’s also my go-to drink when the world is not going crazy. I like consistency.

Shark videos on YouTube. I just can’t turn away.

What’s the most gratifying part of being an author?

That’s easy. It’s hearing from readers. Knowing that my book has really impacted someone—that my characters have become part of their lives—is a high that never gets old.

Thank you so much for a great interview!!! 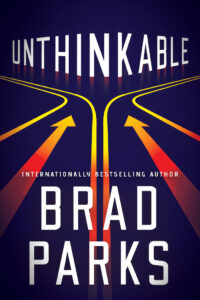 UNTHINKABLE, features an unlikely hero—Nate Lovejoy, an average, “stay-at-home” dad who has chosen to take on the full-time care-taking responsibility of his two young children while his wife climbs the corporate ladder at her high-powered law firm. In a genre populated by hardened FBI agents and secret operatives, Nate is an unusual character, and he’s based on Parks’ personal experience being primary caretaker of his own toddlers. UNTHINKABLE has both the high stakes and pulse-pounding narrative of a thriller and the beating heart of flawed and relatable characters.

Nate Lovejoy is a self-proclaimed nobody, so he’s utterly baffled when members of a powerful secret society abduct him to a mansion at the behest of their leader, Vanslow DeGange, who claims to know the future. DeGange has foreseen that a billion people could die―unless Nate takes a particular action. But what he’s tasked to do is unimaginable for the devoted family man. Nate’s certain it’s a hoax, especially because he’s told that what sets the mass casualty incident in motion is a lawsuit against the biggest power company in Virginia, which is being championed by his wife, Jenny. But as the proof of DeGange’s ability to see the future piles up, Nate begins to feel the full weight of the mission with which he’s been tasked and the role that he’s forced to play.

The thorny ethical dilemma Nate faces will generate all sorts of conversations, and the unexpected ending will blow readers’ minds. With a dad who is tasked with saving the world—and has the kids in tow—expect a wild ride! Please make plans for review/feature attention this summer, and I’ll be in touch soon to discuss the possibilities.

Brad Parks is the only writer to have won the Shamus, Nero, and Lefty Awards, three of American crime fiction’s most prestigious prizes. His novels have been published in fifteen languages and have won critical acclaim across the globe, including stars from every major prepublication review outlet. A graduate of Dartmouth College, Parks is a former journalist with the Washington Post and the Star-Ledger (Newark, New Jersey). He is now a full-time novelist living in Virginia with his wife and two school-age children. A former college a cappella singer and community-theater enthusiast, Brad has been known to burst into song whenever no one was thoughtful enough to muzzle him. His favored writing haunt is a Hardee’s restaurant, where good-natured staff members suffer his presence for many hours a day, and where he can often be found working on his next novel.