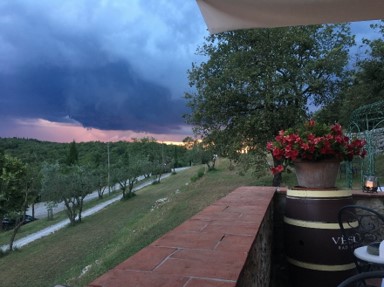 Like many, my family has spent the past ten months sheltering in place, watching through the window as time passes by. Like a character from one of Virginia Wolf’s novels, stuck behind the glass, able to see the life happening but unable to take part: to visit with friends, hug beloved family members, and return to life outside this pandemic. Those silverlings, which only weeks ago were difficult to see, seem to be glimmering around the corner.

In my latest novel, Hopeless Romantic, Levi finds himself in a similar situation, anchored to his small costal hometown of Rome, Rhode Island, wishing for the day he could set sail for new and exciting places. The day he found out his sister was pregnant was the day he gave up his sailing scholarship to move home and help raise his niece. He never regretted his decision, but he stood back and watched as his friends and people around him, fell in love, traveled, built a life. Now, his niece is college bound and he’s finally able to take that trip he’d planned to sail down the east coast and around Cape Horn, the endless horizon in front of him and the wind at his back. Problem is, he finds love in a person who’s responsibilities are in Rome, and his dreams shift.

Whatever the new norm will be after the country opens back up, what was important to people before might not be so important now. For my family the focus has shifted from work and meetings to family times and creating memories. Last week, after flipping through #ThrowBackThursday photos, my family decided to make a Dr. Suess inspired #FlashForwardFriday Oh, the Places You’ll Go list. Some are places we’ve been and made memories, while other are new destinations where we can find new adventures.

Here is our Oh, the Places You’ll Go list

Top of my list is not only the Happiest Place on Earth, but my family’s happiest place on earth. The home of Mickey, the Matterhorn, and so many of our most treasured family memories. Every year, we pack up the car and drive down to southern California, where we spend a whole week exploring Disney. Every night at 9pm, we pull up a slice of curb on Main Street, sip a cream-sicle shake, and watch the Main Street Disneyland Parade. And a tip for newbies, you can watch the incredible fire and laser light show, Fantasmic, from the balcony of one of Walt Disney’s hidden apartment, perched above Pirates of the Caribbean. You just have to get to the box early because only 24 seats are sold each day.

Last year, my husband and daughter were given Italian citizenship through his great grandparents’ linage. We are looking forward to a time when we can go to Italy as a family and follow in the footsteps of his relatives and visit the different villages they lived, the churches they married, and how a Northern Italian and Sicilian, beyond all opposition, chose love of the pressure of the times and their families.

This trip is for me. Part of what I’ve missed the most has been my friends. As an author, my closet friends live scattered across the country, but that has never stopped us from seeing each other once a year. Every Autumn, Team Tahoe, meets in Lake Tahoe to get our girl-time fix. Sometimes we rent a condo on the North Shore and other times South Shore, but no matter where we meet, there is always plenty of fun, laughter, and food (Thanks to our Better than Betty Crocker bakers, Joan and Elisabeth). We plot during the morning, then share a walk along the beach before dining at one of our favorite eateries: Himmel Haus, a German tavern and restaurant.

My daughter was born in Viet Nam and while adoption is a magical experience, ours was almost kismet. On March 4, 2001 my husband and I met two complete strangers at SFO, who had weeks earlier offered to help us investigate the process of adoption in Vietnam. We were told it would be a three-year process, because of the help of people like Rich and Hoan, we brought our daughter home 5 months to the date we failed the first piece of paper. We owe our family to two people who, with nothing to gain for themselves, connected us with our daughter. It’s been over a decade since visiting them in Viet Nam, and we look forward to a safe time we can take yet another pilgrimage of the creation of our family.

Wherever we go, the most important piece is that we do it as a family. What places you will go after the pandemic?

Set against the breezy backdrop of coastal Rhode Island, the latest novel from bestselling author Marina Adair asks whether two of a small town’s biggest hearts can learn to put themselves first–in the name of love…

As caregiver for her autistic brother, Beckett Hayes knows how meaningful a little extra help can be when life happens. Which is why she runs Consider It Done, a personal concierge service in her small town. Her job also gives her the flexibility to follow her passion, being Rome, Rhode Island’s unofficial special needs advocate, training emotional support companions in her spare time. There’s not much of that, though, and certainly not enough for serious dating. It’s always been family first for Beck. But one unquestionably gorgeous, good-natured man is suddenly a temptation that’s getting tougher to resist…

Sixteen years ago, Levi Rhodes was ready to sail off into the sunset–literally. But then his father’s death and his sister’s unexpected pregnancy postponed his sailing scholarship and the adventures he had planned. Running the family marina and bar was the least he could do for his grieving mother. Plus, his niece needed a father-figure. But now that she’s in high school and has her bio-dad in her life, Levi’s wondering if it’s time to get his sea legs under him again…until curvy, caring Beck showed up in his bar, and then in his dreams…

A portion of royalties to benefit The Organization of Autism Research.