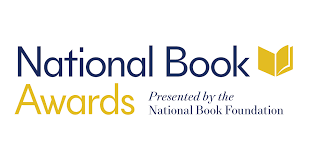 The National Book Awards were established in 1950 to celebrate the best writing in America. Since 1989, they have been overseen by the National Book Foundation, a nonprofit organization whose mission is to celebrate the best literature in America, expand its audience, and ensure that books have a prominent place in American culture. Although other categories have been recognized in the past, the Awards currently honors the best Fiction, Nonfiction, Poetry, Translated Literature, and Young People’s Literature published each year. (National Book Awards Website)