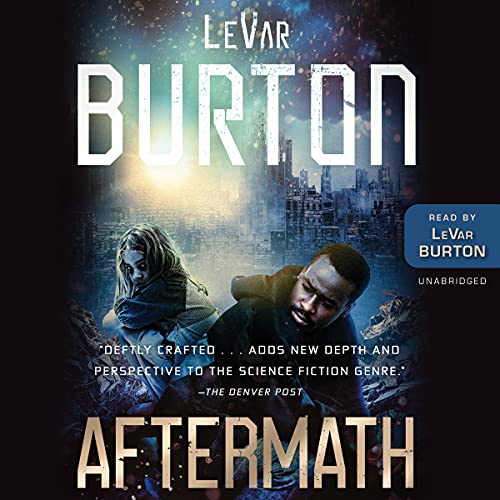 Recording Academy members voted this year in record numbers, and recognized both LeVar Burton’s new recording of his prescient sci-fi novel AFTERMATH and Don Cheadle’s interpretation of Representative John Lewis’s inspirational message in CARRY ON: REFLECTIONS FOR A NEW GENERATION. Fellow GRAMMY nominee, musician Jon Batiste, announced the Spoken Word category today during a livestream with millions of viewers, and winners in this star-studded field will be announced at the 2022 GRAMMYs Awards show, officially known as the 64th GRAMMYs®, on January 31, 2022.

Hachette Audio productions have been nominated a total of 27 times, and have won the top GRAMMY Best Album recognition in their categories nine times. Both of this year’s nominated stars have had many accolades bestowed upon them in their illustrious careers, including previous GRAMMY nominations for Hachette Audio publications – Cheadle for Walter Mosely’s modern classic FEAR ITSELF, and Burton’s Best Spoken Word-winning performance of THE AUTOBIOGRAPHY OF MARTIN LUTHER KING, Jr.

Anthony Goff of Hachette Audio said, after the Academy’s big reveal: “As Publisher, I could not be more proud to have Hachette’s name on such historic audiobooks this year. To be in illustrious company with the other creators of indelible performances and important messages is an honor I will always treasure. Our greatest thanks to all the voting members of the Recording Academy for this recognition, and to beloved stars of stage and screen LeVar Burton and Don Cheadle for lending the productions their celebrated voices, precious time, and monumental talents.”

“We are humbled and honored by this recognition of Congressman John Lewis and his wisdom. I hope more will discover and learn from his example — and carry on his legacy,” said Kabir Sehgal, who co-authored the collection of the venerable civil rights champion’s final reflections and words of wisdom, and co-produced the audiobook.

Both nominated titles were based on publications available in print from Grand Central Publishing, and were overseen by Executive Producer Michele McGonigle, who said: “As an audiobook producer it is an honor and privilege to collaborate with talented people to create something amazing. I feel blessed for the opportunity to share the wisdom of Congressperson Lewis voiced by Don Cheadle and the incredible imagination of LeVar Burton in his own voice. I am grateful for the skilled and artistic people who worked with me on the productions. Every person who touched these titles is appreciated.”

Available now wherever audiobooks are sold, as well as in print and ebook formats:

CARRY ON: REFLECTIONS FOR A NEW GENERATION by John Lewis with Kabir Sehgal, foreword by Andrew Young, read by Don Cheadle