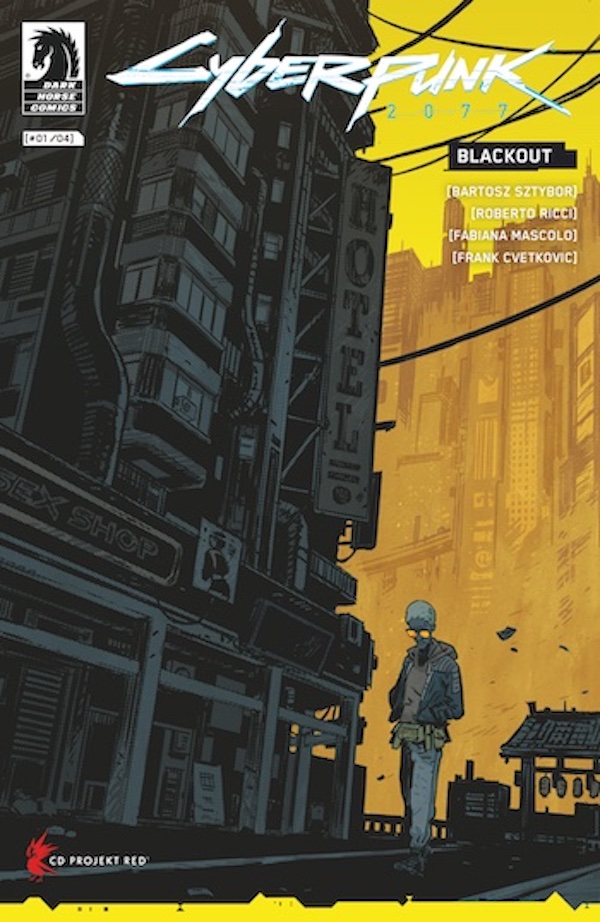 It hurts. Night City hurts. The suffering runs deep and the deeper one falls, the longer the self-prescribed dreams play. Fortune, hope, love —all made possible by DMS technology. But not everyone desires a happy ending. A braindance repairman discovers that the answer to pain . . . comes in a blackout.

Praise for Cyberpunk 2077: You Have My Word:

“Great character work, solid bones for its structure, and art work that drags readers in makes for a fantastic opening salvo.” – Comicbook.com

“Cyberpunk 2077 is dark, gritty, and a strong story. With a solid foundation, this miniseries is certain to be a good one.”- Major Spoilers

“I loved this first issue. The story that Bartosz Sztybor has created and Jesus Hervas has drawn compliment each other, crafting a beautiful and dark tale.” – Flickering Myth

“Cyberpunk 2077: You Have My Word #1 dazzles as much as it depresses. This new limited series confronts us with the poverty and crime present in Night City only hinted at in the previous Cyberpunk series.” –Monkeys Fighting Robots