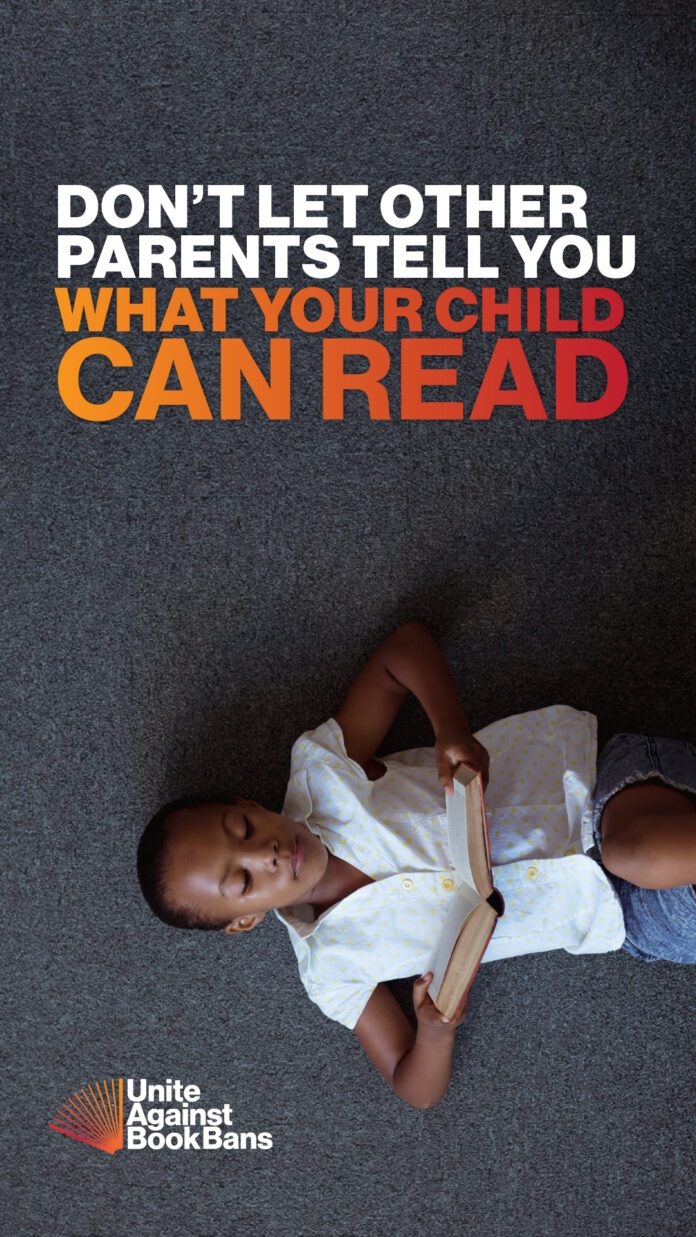 The American Library Association (ALA) and a coalition of more than 25 groups are banding together to empower individuals and communities to fight censorship and protect the freedom to read. Organizations including the American Federation of Teachers and the Authors Guild have joined the association’s Unite Against Book Bans campaign to raise awareness about the recent rise in book challenges in public libraries and schools.

“This is a dangerous time for readers and the public servants who provide access to reading materials. Readers, particularly students, are losing access to critical information, and librarians and teachers are under attack for doing their jobs,” said Deborah Caldwell-Stone, director of the ALA’s Office for Intellectual Freedom. “It’s time that policymakers understand the severity of this issue. ALA is taking the steps necessary to protect individuals’ access to information, but we can’t do this alone.”
This growing coalition leverages the strength and reach of these 25+ national organizations including advocacy groups, education leaders, businesses, nonprofits, and civil rights groups that represent a wide range of communities and individuals. These groups are uniting around the principles of reading as fundamental to learning, the right of readers to access a variety of books, and the need to work together to protect that right.

The undersigned groups have joined with ALA’s Unite Against Book Bans to fight book bans under the principle that individuals should be trusted to make their own decisions about what to read:

“Reading is foundational—it helps us dream, helps us create, and helps us access opportunity,” said AFT President Randi Weingarten. “Whether you’re a kid in rural West Virginia, in the suburbs of Texas or in a shelter in New York City, opening a book means you’re opening the world. But reading is hard without books.

“Book bans are about limiting kids’ freedom to read and teachers’ freedom to teach,” said Weingarten. “Parents agree—they want their children to learn the lessons of the past in an age-appropriate way, even as certain politicians try to turn classrooms into cultural battlefields and censor what gets taught. The majority of these bans target titles with racial and LGBTQ themes, cruelly erasing young readers’ lived experience. And while it’s uncomfortable to talk about tough issues like genocide, slavery and racism, reading honest history helps kids learn the good and the bad about our country and emerge as well-informed, engaged citizens of the world.”

Authors Guild CEO Mary Rasenberger said, “Three-quarters of the 1100 plus books currently banned in public schools in the United States have been written by authors of color, LGBTQ authors, or other traditionally marginalized voices. Not only does this rob these authors of their voices and invalidates their ideas, experiences, and feelings, but book banning also robs them of their ability to make a living. At the same time, it robs the American public of the important books by sending a clear message to aspiring book authors: avoid writing about controversial topics or themes. Thus, book banning not only harms today’s authors, but diminishes the future of American literature. We cannot allow that to happen. All of us who understand the importance of literature must ban together to fight this misguided, coordinated attack on our country’s literary culture. That is why we joined Unite Against Book Bans and continue to implement programs such as our recently launched Banned Books Club.”

“Our partners and supporters are critical in moving the needle to ultimately bring an end to book bans. Today’s announcement is just the beginning, and I am excited to see how this growing collective will influence local boards and state, and national legislation to protect the rights of readers and students and the librarians and educators who provide the books they read,” added Caldwell-Stone.

The ALA’s Office for Intellectual Freedom tracked 729 challenges to library, school, and university materials and services, resulting in more than 1,597 individual book challenges or removals in 2021. The association marked this number of attempts to ban books as the highest since ALA began its tracking thirty years ago.

In response to this alarming rise of challenges, ALA launched #UniteAgainstBookBans, a national campaign that empowers readers everywhere to push back against censorship.

“Our recent poll demonstrates the broad opposition to book bans in libraries, but there’s clearly a disconnect between what most persons want and the actions of elected officials, given the large number of book bans happening around the country,” said Caldwell-Stone. “As the campaign evolves, our growing network of supporters will join forces to prevent those bans, ensuring access to information for all and advocating for the important work of libraries and librarians.

The campaign was launched with the generous support of the Steve and Loree Potash Family Foundation, which operates the literacy non-profit BelieveinReading.org, and the William and Flora Hewlett Foundation.