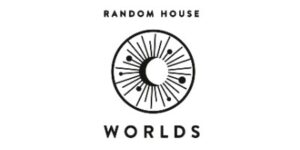 The premier licensed brands that have been successfully published by Del Rey and other imprints under the Random House division will now migrate their frontlist and backlist titles to the new Random House Worlds imprint starting in 2023. Under this streamlined structure, Random House Worlds will offer a single home for partners to bring their prime pop culture brands—any genre and any format, from novels to cookbooks to coloring books and beyond. Books published under the Random House Worlds imprint will enrich and expand partners’ worlds beyond their original source material, helping to grow a popular brand into a multimedia universe and offering fans a deeply immersive experience into their favorite worlds. The Random House Worlds team will also work hand-in-hand with Clarkson Potter’s world-class gift and design team to develop licensed gift and paper products to be published under the Potter imprint, such as journals, puzzles, games, tarot, and more.

Clayton said, “With a unified publication strategy encompassing multiple formats and genres, the Random House Worlds approach will enable us to have one conversation with readers, retailers, and partners, delivering best-in-class service to licensors and the highest-quality content to passionate fandoms.”

Joining Clayton on the publishing team of Random House Worlds will be:

Kristin Conte, Business Director, Licensing & Brands
An experienced licensing and brand professional with expertise working across both entertainment and publishing organizations to champion the success of licensed book programs, Kristin joined the Random House team in January 2022 from NBCUniversal, where she managed the publishing, stationery, craft & activity, and party categories. At NBCUniversal, Kristin represented a portfolio of DreamWorks, Illumination, Universal Studios film, and NBC television brands, and before that she worked on brand marketing at King Features and spent several years negotiating licensed publishing deals at Penguin Young Readers.

Sarah Malarkey, Editorial Director, Nonfiction & Illustrated
A visual book editor and publisher with over two decades of experience, who has developed successful publishing lines with licensors such as Lucasfilm, Disney, HBO, Netflix, and LEGO, Sarah was most recently an executive editor at Ten Speed Press, where she acquired pop culture titles like Afrosurf and licensed books including the forthcoming Stranger Things Coloring Book. Previously, she worked at Chronicle Books, where she founded and led the Entertainment Publishing Group, publishing bestselling titles like Darth Vader and Son, I Could Pee on This, Grumpy Cat, and All My Friends Are Dead. She is most proud of acquiring and successfully publishing Last Week Tonight with John Oliver Presents: A Day in the Life of Marlon Bundo, a ground-breaking book that sold over 750,000 copies.

Elizabeth Schaefer, Editorial Director, Fiction
Elizabeth has worked in the world of licensed fiction for over a decade, starting out at Disney Publishing where she helped launch Disney’s inaugural Star Wars book program and the bestselling Twisted Tales series. In her years at Del Rey, the team’s licensing partnerships have expanded from Star Wars and Minecraft to include Stranger Things, Marvel, Magic: The Gathering, Critical Role, Lore Olympus, Dungeons & Dragons, and more. She is proud to work alongside her team on championing dozens of New York Times bestsellers, while building a list of books that strive to be inclusive and welcoming for all readers.

Alex Larned, Senior Publishing Manager, Del Rey & Random House Worlds
Alex joined Del Rey in 2018, and since his progression from Associate Editor to Publishing Manager, he has continually imagined new ways to keep the team organized and on track, running department-wide weekly meetings or coordinating beats such as author presentations or span deadlines, consistently enabling the team to do their best work. As Senior Publishing Manager, Alex will continue to work on all titles on both the Random House Worlds and Del Rey lists, with responsibilities not limited to managing publication schedule changes, assisting with inventory and pricing, and coordinating title announcements from all major brands like Star Wars, Minecraft, and Dungeons & Dragons as well as the Del Rey original list.