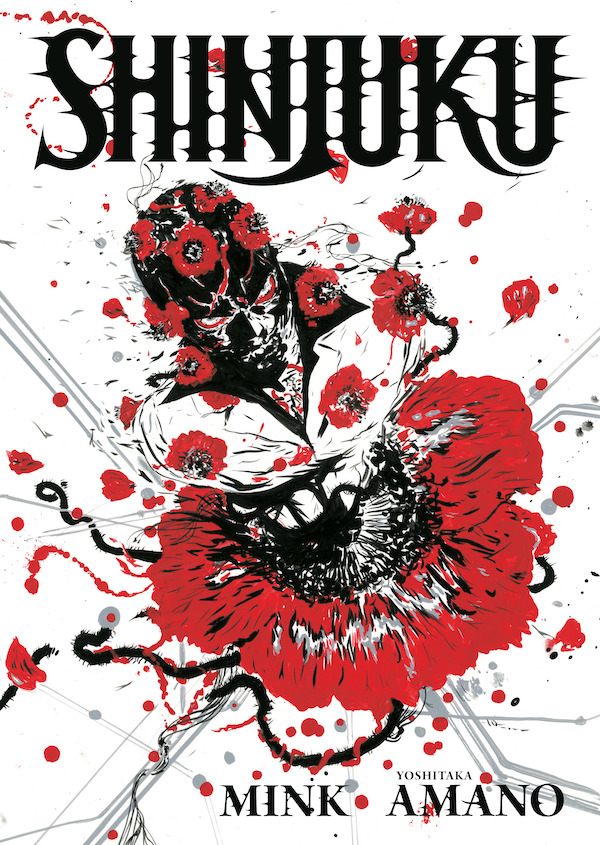 Dark Horse Books presents the second edition of Shinjuku. The horror–action book is written by film and video director Christopher “mink” Morrison, with art by Yoshitaka Amano (Final Fantasy, Vampire Hunter D), and has previously been adapted to animation by Academy Award-nominated Robert Valley. This new edition will be published in an oversized, hardcover art book format and will include a soft lamination cover.

Former special forces soldier, now elite Scout bounty hunter, Daniel Legend is leaving the mean streets of Los Angeles for the meaner streets of Shinjuku. In the real world, Tokyo’s most cosmopolitan ward is a center of metropolitan power, the crossroads of traffic, and a den of vice. But in Shinjuku, Daniel Legend, in search of his missing sister Angela, discovers Shinjuku the unreal city, a nexus of realities riddled with underground pathways. In this realm where lowlife crooks and subterranean monsters alike spill blood in the shadows, three rival yakuza leaders hold control over every earthly crime in a tense triad of greed. Yet for one mobster lord, Shi, no amount of worldly gain is enough to satisfy him. He plans an unholy scheme to seize control over all existence, merging mysticism with the visionary quantum research that was the legacy of Daniel and Angela’s father!