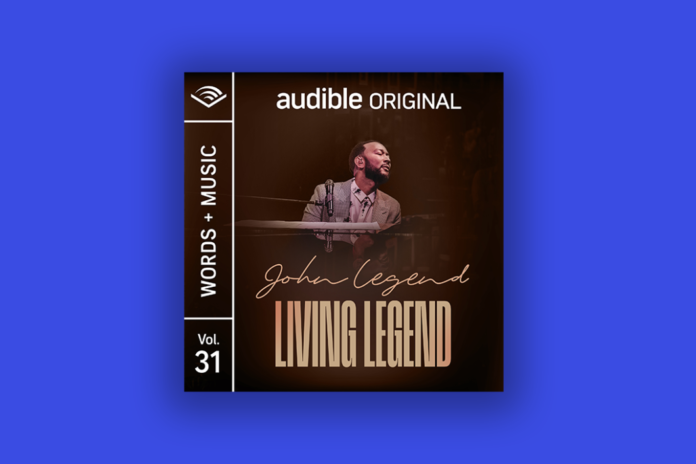 Legend, who released his eighth studio album on September 9, tells the story of how John Stephens, a home-schooled kid in the church choir became the EGOT-winning, multiplatinum-selling artist we know as John Legend. In Living Legend, performed live at the legendary jazz club Ronnie Scott’s in London, Legend explores his history, performing a combination of music and stories that reflect on how faith, freedom, and love have followed him throughout his life. From the early losses that forced him to step up as a musician at an early age, to his creative connection with Kanye West that ultimately birthed his stage name, to witnessing the racial injustices that inspired his activism. Legend examines the experiences and relationships that have pushed him to become the man and the artist he is today.

Brandy has influenced the last quarter century of pop music and helped define the R&B legacy of the ‘90s and ‘00s with seven rich, innovative albums. She’s an esteemed vocalist who along the way had to manage the pressures of teenage fame, young superstardom and self-doubt. In A New Moon, she holds nothing back as she traces the personal experiences, triumphs, and traumas that shaped her as a global, generational superstar. Written and conceived by Brandy with Gerrick Kennedy, A New Moon is an intimate and bracingly raw meditation on power and purpose from one of the most influential singers of all time.

“Music has always been how I express emotion and how I spread love and compassion,” says Legend. “I hope that hearing the stories behind my music gives the songs a deeper meaning. It has been a fulfilling and wonderful experience to revisit these times in my life.”

“We are thrilled to welcome two more beloved artists to the ‘Words + Music’ vault. When curating our ‘Words + Music’ roster, we are not only looking for accomplished musicians, but also artists who move us; artists that have defined a generation and captured the pop culture zeitgeist. John Legend and Brandy have each made their mark on the Billboard charts, but more importantly on our hearts and souls,” shared Zola Mashariki, Head of Audible Studios. “Their experiences navigating an ever-evolving industry and society through their storied careers have no doubt provided them with stories and anecdotes that will be music to our listeners’ ears.”