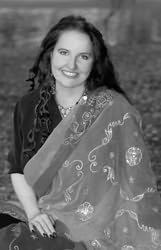 A Little From Renee

Hello, Everyone!! Well, Passion Wears Pearls is nearing the finish line and this girl is eyeing that light at the end of the tunnel and trying not to get too excited. The home front has been nothing short of chaotic lately, as my DH’s mother has been in and out of the hospital with pneumonia and we are once again facing the challenges of toddler/child care and senior care. Needless to say, writing is my greatest escape and guilty pleasure so I hope my readers enjoy the stories as much as I do. 😉

Passion Wears Pearls is the Jaded’s Josiah Hastings’ story and his big secret is about to be revealed. Josiah is a painter who is losing his sight. It’s hard for a proud and independent man in any time period to accept losing some of his abilities, but for an artist, it’s a unique challenge to consider losing that outlet of expression and freedom that he’d always enjoyed. He’s in a race for time and when he meets a woman who is even prouder than he is, and even more determined never to admit when she needs help–it’s a match made in heaven! 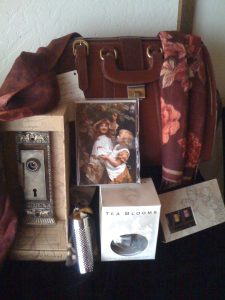 So please look for Ecstasy Wears Emeralds this September and Passion Wears Pearls in June of 2012!

Comment here and you’ll be entered to win a book and a little gift of a cz Emerald to celebrate Ecstasy Wears Emeralds!

And don’t forget about the big Victorian Giveaway for Ecstasy Wears Emeralds. Just email Renee (address here) to enter this prize drawing worth over $500! The drawing won’t be until Sept. 1, so jump in now!

What in the world is a retired Navy chaplain’s daughter doing writing scorching hot historical romances? Renee Bernard is applying a great education from traveling all over the world to story telling and doing her best to keep her father proud. Truthfully, her father is her number one fan, even though he has sworn never to read a single word of her books (a vow he has kept to this day!) Nothing stops him from telling everyone he knows that his daughter is now a USA Today Bestselling author or from handing out bookmarks on the golf course. Love can make even a minister do strange things!

Renee Bernard is a freelance writer and a contributor to Romantic Times Bookclub magazine. A Lady’s Pleasure (Pocket Books, November 2006) was her first novel and won an award from RT for “Best First Historical Romance of 2006”. She also wrote a story for the School of Heiresses anthology (Pocket Books, January 2007), which made the USA Today Bestseller List. Madame’s Deception, was nominated for “Best Sensual Historical of 2007” by RT and A Rogue’s Game, the final installment in the Mistress Trilogy, received 4 ½ stars and a Top Pick from RT and is available now.

Her next books, “The Jaded Gentlemen Series”, are available now. The first book in the series, Revenge Wears Rubies (Berkley, March 2010) was nominated for best Sensual Historical of 2010 by RT’s reviewers. Seduction Wears Sapphires (Berkley, August 2010) is out now and Ecstasy Wears Emeralds (Berkley, September 2011) will be available for pre-order soon!

Renee currently lives in the foothills of the Sierra Nevada Mountains in Northern California. (Note an interesting proximity to great wineries!)

For more information, please visit her website at www.reneebernardauthor.com. You can also listen to her live Internet radio show “Canned Laughter and Coffee” at 8:30pm EST on Tuesday evenings at www.readersentertainment.tv/radio.

Daughter Of Hades By Mack Little Telling the Complicated History of the Caribbean Through the Eyes Of Two Sets of Siblings SHORTLISTED FOR THE 2022 HAWTHORNE...