Mr. Romance Caught in the Act with a Lady Gone Bad

Crowned Mr. Romance in April 2011 at the Romantic Time’s Booklover’s Convention in Los Angeles, CA. Len Gunn, mild-mannered and ruggedly handsome, takes a break from his business in Oklahoma to face the bright lights of the big city. As part of Len’s Mr. Romance responsibilities he poses with a beautiful woman while New York photographer George Kerrigan of George Kerrigan Photography (www.georgekerrigan.com) snaps picture after picture under the direction of Kensington Publishing’s own Creative Director/Trade Kreinte Mills-Noble.

A flurry of action is continuous throughout the shoot as Lysette A. Drumgold constantly checks and re-checks hair and makeup of both models and stylist Jihan Heasman works on wardrobe, accessories and props. The final pieces of the team include two assistants who move lights and fans, Janice Rossi from Kensington Publishing who comes in a little later in the day and Sheila English of Circle of Seven Productions who will shoot the book trailer for Lady Gone Bad, a historical western romance written by author Sabine Starr.

Len has been modeling for 5 years and has become a local celebrity of sorts in his hometown. He is signed with an agency out of Dallas and one of Chicago. His big dream is to be in Men’s Health Magazine.

Len shared that the first week after he won the Mr. Romance contest he was home ill and didn’t do much that entire first week. Soon he was back to work and receiving a phone call from Kensington Publishing’s Alicia Condon who wanted to arrange the photo shoot as soon as possible. That ended up being in July.

The photo shoot began at 10 AM and took several hours. There were a number of costume changes and discussion about whether or not he would still have his gun on him even in a state of partial undress. Apparently, this hero wasn’t going to fully trust his love interest. Perhaps he is smarter than he lets on.

The shoot went well and hundreds of pictures were taken. It was announced at the shoot that Len would be the last Mr. Romance since the contest was dropped by the convention in preparation for adding more reader and author venues.

Jo Carol Jones shared, “we ended it on a high note.” When we contacted her at the RT Magazine office where she was visiting and working on the 2012 convention details. “The contest and all the guys were really great this year.”

It is still too early to know how conventioneers will feel about losing the event, but if the demand is strong enough perhaps Mr. Romance is still redeemable. Until then, this cowboy hero is riding off into the sunset. 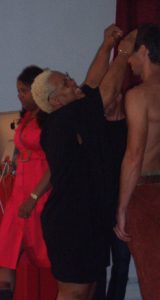 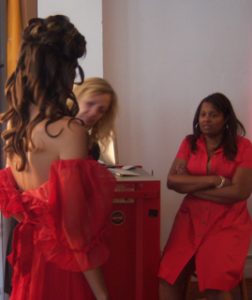 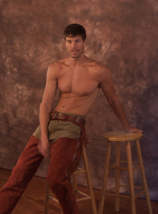 Welcome Lynn, we’re excited to have you on Reader’s Entertainment. First, tell our readers a bit about yourself. Where you’re from, where you live?...
Read more