Women’s Fiction Festival: Where the US and Italy Share the Love of Books

The Women’s Fiction Festival held annually in beautiful Matera, Italy which is located in the south of Italy, brought together authors and experts from around the world.

The event started with an informal cocktail party on September 28th and quickly was moved from the small bookstore Liberia dell’Arco to a larger venue across the piazza when it was realized that so many attendees had elected to join in the early festivities. It was encouraging to see so many attendees enthusiastic about the event.

On the first official day, Circle of Seven Productions CEO, Sheila Clover English opened the event’s schedule with a talk about the future of marketing in publishing. Other talks included how to pitch to editors, an editors, and agents panel that discussed publishing as an industry and a brainstorming session with creative writing teacher Sophia King.

Day two of the conference included author classes on how to write fantasy, the fantasy market, digital publishing, careers with small press, and more brainstorming sessions where groups help individual authors with ideas and problems.

In addition to the conference sessions on day two, there was an author panel that evening and a book signing event that included authors from both the US and Italy.

Day three of the event included a session with social media expert Beth Barany entitled How to use Social Media to Brand Yourself. Another publishing panel was available where attendees could freely ask questions of publishers, editors, and agents.

Raoul Chiesa, a data security expert who spoke about cyber terrorism, conducted a special session. This was a particular favorite for the thriller writers of the group.

Harlequin Mondadori, which is the Italian arm of Harlequin joined the panels and sponsored the evening festivities including a party with food and drink.

The final day of the conference included a panel that discussed the changing roles of agents and ended in a farewell brunch.

The attendees were made up of both English and Italian speakers so the event coordinators arranged for translators to be available to translate in both languages. Devices were given to attendees so they could listen in the language of their choice.

The event was well received, well organized and very professional. It addressed issues for authors from pitching to marketing, and included something for the aspiring writer, as well as, the experienced best seller.

Attendees enjoyed the sessions, learned a great deal, and were pleased with the venue. Many plan on returning next year.

Welcome Shawn! Thank you so much for joining us today on Reader’s Entertainment. First, tell our readers a bit about yourself. Where you’re from,... 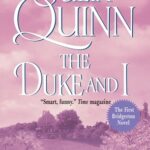