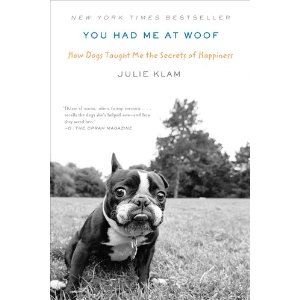 Julie Klam author of You Had Me at Woof: How Dogs Taught Me the Secrets of Happiness, has scored one of Hollywood’s most well-knowm actors for her booktrailer – Timothy Hutton. The author and actor reportedly “met” on Twitter where Hutton frequently Tweets about books. The video also stars Klam’s Riverhead publisher Geoffrey Kloske.

Hutton’s appearance in the booktrailer, (described by New York Magazine as “Hutton plays an a**hold version of himself) doesn’t mesh with his online literary Tweets. He is very much an advocate for authors, libraries and literature, so when readers watch this booktrailer, they will be stunned, then laugh at the wry humor. Klam also scored actor Denis Leary in an earlier booktrailer for the same book.

Readers Entertainmenthttp://dayagency.com
Previous articleWomen’s Fiction Festival: Where the US and Italy Share the Love of Books
Next articleAustin Camacho Reveals The Genre Assignment