Occupy Wall Street began on September 17, when approximately 1,000 people began sitting in lower Manhattan’s Zuccotti Park (which they renamed “Liberty Plaza”) to protest the social and economic inequalities they believe are perpetuated by the financial influence of corporations and wealthy individuals over lawmakers through political contributions, which makes reform difficult if not impossible. Over the last month and a half, the movement has spread outside New York City, with demonstrators occupying public spaces in other cities across the United States—occasionally, as we saw in Oakland in mid-October, meeting violent resistance from the police.

The “Occupy” movement is more than just the people sitting out in the open, though. A few weeks after the demonstrators settled in at Liberty Plaza, journalist Jeff Sharlet, along with Kiera Feldman and Nathan Schneider, began organizing a website, OccupyWriters.com, that was both an online petition and a place where writers could share their thoughts about the protests and the issues involved. The online community quickly took notice, especially after Neil Gaiman tweeted about one of the first essays posted, “Thirteen Observations made by Lemony Snicket while watching Occupy Wall Street from a Discreet Distance.” The host server was soon overwhelmed by traffic, prompting immediate upgrades. Snicket’s wry observations went for the heart of the problem, encouraging empathy with the protestors without slinging political rhetoric: “Someone feeling wronged is like someone feeling thirsty,” went one point. “Don’t tell them they aren’t. Sit with them and have a drink.”

Since then, among other contributions, Alice Walker has sent poems, Sara Paretsky offered a historical perspectiv, and authors like Cara Hoffman and Jerry Stahl have shared on-the-scene impressions of protests across the country. And hundreds of authors (including me) have signed the home-page petition in support of the Occupy movement, with more names being added every day.

Meanwhile, when the Asian American Writers Workshop held its annual Page Turner book festival in late October, they invited several authors who have been participating in Occupy Wall Street to share their experiences in a panel discussion. These writers were already committed political activists, so they were able to frame their participation in the context of fighting for campaign finance reform, as Monica Youn does, or using poetry to help disenfranchised workers find the means to express themselves, like Mark Nowak. Travis Holloway, a poet in the MFA program at New York University, described how taking part in the protests made him hopeful for the possibility of radical democratic reforms, but he also saw the potential for a powerful new art form in “the people’s microphone,” a form of call-and-response that carries speakers’ messages across the demonstration space when megaphones and other electronic amplifiers are prohibited. Statements only get validated, Holloway explained, when the audience makes the conscious choice to accept and repeat them—imagine what a poetry reading run along those lines might look like, he suggested.

Holloway also fielded a question from an audience member who was concerned about the approaching winter, wondering what could be done to prevent protestors from having to stay out overnight in increasingly colder temperatures. He assured her that members of Occupy Wall Street were working with local authorities to find a peaceful compromise to that issue, but also quipped, “There’s a reason revolutions happen in the spring.” Are plans already in the works for the Occupy movement to continue into 2012? Whatever happens in the months ahead, we can be sure that there will be writers there ready to help spread the word.

PODCAST::: A New Mantra and spicing up life with Sapna Srinivasan LISTEN HERE! Sapna lives in Seattle, WA with her perfectionist husband and perfect daughter. Her name... 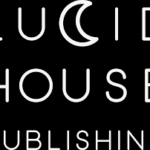 Jocie McKade - 10 May 2022 0
LUCID HOUSE PUBLISHING HAS MULTIPLE WINNERS AND FINALISTS IN THE 2022 BOOK EXCELLENCE AWARDS! Lucid House Publishing, based in Marietta, Georgia, was recently notified that... 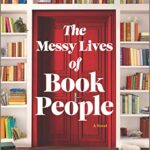 SNEAK PEEK: THE MESSY LIVES OF BOOK PEOPLE By by Phaedra Patrick

Jocie McKade - 10 May 2022 0
THE MESSY LIVES OF BOOK PEOPLE By by Phaedra Patrick Fredrik Backman meets The Midnight Library in Phaedra Patrick's unforgettable new novel, in which the housecleaner of...