Visit Dickens World: There’s an App for That 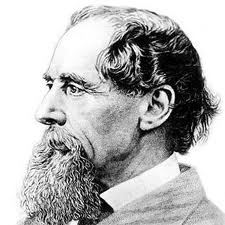 The year is 1862, the place London, the work is Charles Dickens. If you’ve ever wondered what the world of his novels was really like, here is your chance to experience it. An app created by Brother and Sisters Creative Agency, and illustrated by David Foldvari, has just been released to coincide with the Museum of London’s Dickens exhibit.

Using text, graphics and Google maps from 1862 you can venture into the sometimes not so nice world of Victorian England. The interactive novel available for tablets and iPhones is narrated by Mark Strong and takes the reader on trip back in time.

Alex Werner, Head of History Collections at the Museum of London states: “Dickens is the first author to describe the modern city of the 19th century and its profound impact on society and, in particular, on ordinary people. His writings remain relevant especially for the rapidly developing mega-cities around the world today, which face many of the problems and challenges impacted on Victorian London 150 years ago.”

The apps will be released as “episodes” which is how Dickens released much of his early writing. The first episode is “Dickens: Dark London”. This first app is a free download, upcoming releases can be purchased at Apple iTunes for $2.33.