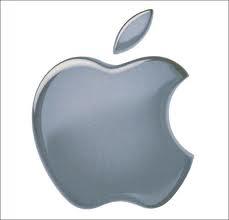 Over the last few weeks rumors have been circulating around the Internet that Apple is about the launch a self-publishing platform. While there has been no confirmation from Apple, there hasn’t been a denial either. According to the Good eReader blog; “Sources close to the matter have told us that they intend on launching a new digital self-publishing platform to get peoples content in the iBookstore. This is a huge step forward for Apple to compete with Amazon (DTP) and Barnes & Noble (Pubit).”

Other sources, like Walter Isaacson, Steve Jobs biographer noted in his book that “His (Steve Jobs) idea was to hire great textbook writers to create digital versions, and make them a feature of the iPad. In addition, he held meetings with major publishers, such as Pearson Education, about partnering with Apple.”

eBook Newser adds more speculation on their blog: “There’s no word yet on when the event will take place, but the fact there are two inside sources does lend a lot of weight to the rumor. Also, consider the timing of the leak. CES is next week, and one again Apple has managed to upstage the trade show. This is exactly what they did with the original iPad launch 2 years ago. Everyone at CES 2010 talked about the Apple event, and that’s probably going to happen here, too.”

If Apple is about to launch a self-publishing platform, the official announcement should come within the next few weeks.