Overdrive’s Most Downloaded Books in December 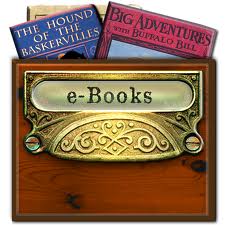 OverDrive, the digital provider of eBooks to libraries just released their list of the most downloaded books for December 2011. Their book list includes those eBooks that were checked out, as well as those books on library waiting lists.

Non-Fiction Most Downloaded December 2011
1. Unbroken – Laura Hillenbrand
2. Heaven is for Real – Todd Burpo
3. In the Garden of Beasts – Erik Larson
4. Is Everyone Hanging Out Without Me? – Mindy Kaling
5. Catherine the Great – Robert K. Massie
6.  The Immortal Life of Henrietta Lacks – Rebecca Skloot
7. Then Again – Diane Keaton
8. Back to Work – Bill Clinton
9.  Blue Nights – Joan Didion
10. The Devil in the White City – Erik Larson

You can see if your local library is a partner with OverDrive by visiting OverDrive’s website.

Readers Entertainmenthttp://dayagency.com
Previous articleLibrarian Gets Her Own Line at Amazon
Next articleDoes Your Twitter Account Belong to You?

BEHIND THE WORDS: Sarah Sundin Author of When Twilight Breaks

Welcome Sarah, we’re excited to have you on Reader’s Entertainment. First, tell our readers a bit about yourself. Thank you so much for inviting...
Read more