I lost my Abbott – A Tribute to Author Judi McCoy

Judi McCoy wasn’t very good at telling jokes.  She didn’t “make” you laugh with animated stories or offbeat antics. She never put on airs or flashed past you. She had a dry wit and an amazingly honest and steady view of the world around her—and a keen sense of where she fit in.  Which meant every time we were together Judi would inevitably make me laugh so hard I’d nearly injure myself.  I was the Costello, clowning around and earning those looks from her that could melt steel sometimes. She simply was funny by just being herself.  And Judi was always herself.

She loved dogs and aspiring authors.  (See? When you put them together it sounds a little funny, doesn’t it?)  She made no secret of her attachment to her beloved Rudy, a yorkiepoo that may have competed with her husband of over forty years, Dennis, as the love of her life. She donated all of the proceeds of her first Dog Walker Mystery book, “Hounding the Pavement” to a shelter that saved animals thought to be lost causes.  She worked tirelessly with shelters to fundraise and always included her canine heroes in the same sentences as her human ones when she shared her favorites.  She immortalized Rudy in her Dog Walker books only to lose him just as they were published and I remember discovering what a softie she truly was as she never stopped mourning him. (Like Queen Victoria…Rudy was her Albert.)

To say she was a generous mentor is an understatement.  She didn’t just make a pass at helping aspiring authors.  Judi put her heart and soul into helping anyone she could.  She possessed a heart the size of a continent and the patience of Mother Teresa.  For aspiring writers, she became a touchstone of support and advice.  Not that she coddled everyone.  She never pulled any punches and I think that’s why she was so tremendously respected as a peer.  She gave it to you straight, but she never took her eyes off of a single soul in her care.  Never. If you raised your hand and asked her for help, that was it—you were “her baby” and she was determined to stick with you until you made it. (And if Judi had any say in the matter, you were going to make it!) Just like her rescue dogs, you were “adopted” and part of her family.

And her advice was always candid and straight from the heart.  And you remembered it.  You remembered it because a) it was good; b) it was generally so startlingly stripped of ego and self-preservation it made your eyes water and c) that voice.  Judi had a voice like no other.  It could cut through wire.  No volume control, thanks to I believe a touch of poor hearing.  Judi never needed a microphone and handing her one was always risky.  But it didn’t matter.  You hung on every word she ever said.  You couldn’t help yourself.

She was exhausting to try to keep up with and I never could match her talent for cramming so much onto a calendar and pulling it off.  Her schedule made me tired just to look at it on paper, but if one of the writers from the RT Beginner’s Writing Course sent an email, she responded.  If a conference needed a speaker, she was there.  Even when her own health suffered, she refused to let anyone down.  She’d threatened to quit a few times when we’d sit over breakfast but I knew better.

She loved RWA and RT and embraced the community of romance with a warmth and enthusiasm all her own.  Judi was so humble about it but she joined so many chapters and organizations and then gave her all.  But in a room full of authors attempting to promote themselves and sell their books, she’d be Judi.  At book signings, she’d apologetically give her spiel and tell them what her books were not, only to point them to another author they might like if they wanted something edgier or more hard-core.  I’d end up rolling my eyes and turning into ‘the bad cop’, directing readers to turn right back around because after all, her books were just pure fun, great reads and heart-warming…and who doesn’t love that??

If you praised her too much or pointed out how much success she’d had, Judi would give you a look of unadulterated skepticism.  “I’m nobody!” she’d proclaim over and over until you wanted to throttle her.  But we get the last word in this argument, sadly.  Hands will raise all over the country and say, “Not true!” She was everything—mother, sister, mentor and friend.  She was never a nobody.

And I have to say it because any tribute to Judi should include the whole truth.  She could make you crazy.  In strange cities, she would find a way to bully you into driving however many miles it took to get the “right” cup of coffee and “best” bagels.  She was a morning person.  If you got a little too silly in her presence, she’d turn into your Great Aunt Judith and inadvertently egg you on.  And she snored.  No really.  In all the time I knew her she refused to believe it and it was a long standing debate between us, but I swear to God, the walls rattled.  Teasing her, I promised that if she ever died, I’d shout it to the heavens and we could argue about it later.  (I’ve kept my word, Judi. And did you see that ‘if’?  Funny how you looked immortal from where I was standing…)

But that just doesn’t sound right to me.  It’s too cut and dry.  Let me try that again.

We lost Judi McCoy.  We lost one of the most unique, endearing and funny stars in our genre’s firmament. She slipped out the side door with her giant purse to pick up her beloved Rudy from some celestial groomer and Judi’s headed off to plan their next adventures, share with him about everything he’s missed while they were apart and complain about the distance they have to walk to get a good cup of coffee and a bagel.

We’re going to miss you, lady.

Listen to her interview on Canned Laughter & Coffee in 2009! 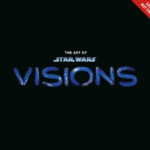 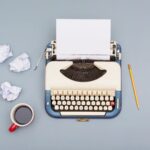