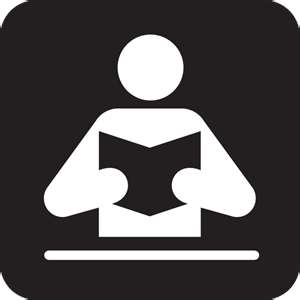 Penguin Publishing has yanked their eBooks from OverDrive — the digital supplier to libraries, as has Simon & Schuster, MacMillan and Hachette. HarperCollins has limited checkouts of their eBooks to 26, (they have since changed their policy and now all unlimited checkouts with an increase in price of its eBooks). Several large publishing houses are making unrealistic demands on libraries regarding not only eBook checkouts, but library patron  card policy.
At the recent O’Reilly’s Tools of Change conference, Peter Brantley stated; “Libraries are quite angry” and feel that publishers “want to target OverDrive because of Amazon,” he also added, “libraries are happy to have an alternative (supplier) but the one thing they are not willing to be is ‘collateral damage.”  These comments were spawned by the recent battled between suppliers, distributors and Amazon. These corporate “battles” for control of ePublishing are leaving libraries as victims.

After Penguin’s decision to yank their eBooks from libraries, American Library Association President Molly Raphael issued the following: “Penguin Group USA called to alert us that they will no longer offer any eBooks or audiobooks to libraries through OverDrive. While libraries are expected to have continued access to Penguin eBooks already included in their catalogs, the effect today is that readers will have less access to Penguin titles through their local libraries.

“Despite this discouraging development, we are hopeful Penguin will continue to seek a solution to make its titles available to libraries. As Penguin stated, …’it is vital that we forge relationships with libraries and build a future together.’ We are committed to helping build this future.

“This is a radically dynamic time of change, and we look forward to crafting stable and sustainable business models that enable libraries and publishers to connect readers and authors in the digital age as successfully as we have done since Gutenberg. We all need to work together -and quickly – to bring about full access to eBooks in libraries.”

Julie Sandorf (also at the O’Reilly Conference) said libraries are: “the last remaining civic public square.” and noted that as “brick-and-mortar stores have declined, libraries have a seat in every community.”

In case any authors or publishers were curious about how libraries affect books and books sales consider the following:
For every two books a patron borrows, they purchase one. (Library Journal)
35% of library patrons use the library to find new authors and new genres
37% of library users purchase the books they’ve borrowed from the library
30 – number of eBooks patrons read in a year
2x – the number of books read in public libraries over book stores
169 million – number of library patrons in the USA

One extremely important point made at the conference was from Tim Coates of Bilbary’s (a new international site for lending and selling eBooks). “The publishing industry has become separate from the public library at a time when the library can provide ‘a goldmine of information’. No such information goldmine is open to publishers via Amazon.”

With 169 million users, libraries should be considered a marketing gift from libraries. With the current state of publishing, libraries will probably continue to suffer through the growing pains of the eRevolution.

One can only hope that as Barbara Genco, of the Library Journal said at the conference publishers: “Don’t let library patrons be casualties in the eBook wars.”

HarperCollins Publishers today announced a global commitment to becoming carbon neutral for its direct operational emissions in 2022. In order to meet this goal,...

CATALYST BY NICOLE FANNING When Natalie Tyler arrives in Chicago to attend her cousin's wedding, she is just hoping to survive the week with... 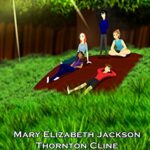