This year’s winner of the prestigious Arthur C. Clarke Award is author Jane Rogers for her novel, The Testament of Jessie Lamb. The novel is set in the “near future” and centers on a virus that is plaguing humanity. From the Amazon description:

“A rogue virus that kills pregnant women has been let loose in the world, and nothing less than the survival of the human race is at stake. Some blame the scientists, others see the hand of God, and still others claim that human arrogance and destructiveness are reaping the punishment they deserve. Jessie Lamb is an ordinary sixteen-year-old girl living in extraordinary times. As her world collapses, her idealism and courage drive her toward the ultimate act of heroism. She wants her life to make a difference. But is Jessie heroic? Or is she, as her scientist father fears, impressionable, innocent, and incapable of understanding where her actions will lead? Set in a world irreparably altered by an act of biological terrorism, The Testament of Jessie Lamb explores a young woman’s struggle to become independent of her parents. As the certainties of her childhood are ripped apart, Jessie begins to question her parents’ attitudes, their behavior, and the very world they have bequeathed her.”

The award originated with a grant from Clarke and the first award was given to Margaret Atwood for her novel, The Handmaid’s Tale in 1987.

More information on Jane Rogers and The Testament of Jessie Lamb and the other finalists can be found on the awards website. 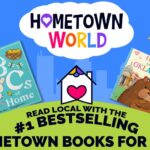 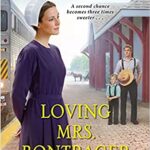